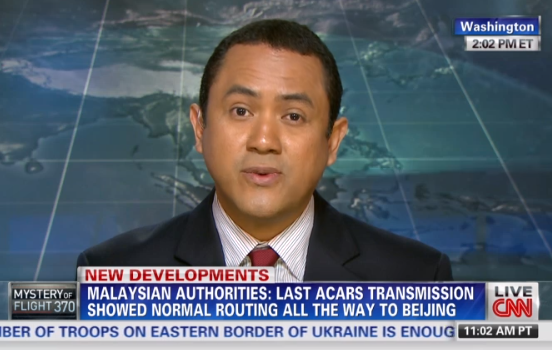 CNN. As a growing number of airplanes scoured the southern Indian Ocean in the search for Malaysia Airlines Flight 370, Malaysian authorities released new details that show a different picture of what may have happened.

Military radar tracking shows that the aircraft changed altitude after making a sharp turn over the South China Sea as it headed toward the Strait of Malacca, a source close to the investigation into the missing flight told CNN. The plane flew as low as 12,000 feet at some point before it disappeared from radar, according to the source.

The sharp turn seemed to be intentional, the source said.