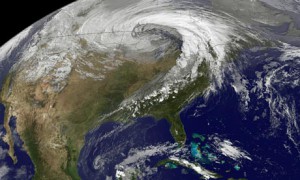 THE GUARDIAN. A new study sponsored by Nasa’s Goddard Space Flight Center has highlighted the prospect that global industrial civilisation could collapse in coming decades due to unsustainable resource exploitation and increasingly unequal wealth distribution.

Noting that warnings of ‘collapse’ are often seen to be fringe or controversial, the study attempts to make sense of compelling historical data showing that “the process of rise-and-collapse is actually a recurrent cycle found throughout history.” Cases of severe civilisational disruption due to “precipitous collapse – often lasting centuries – have been quite common.”