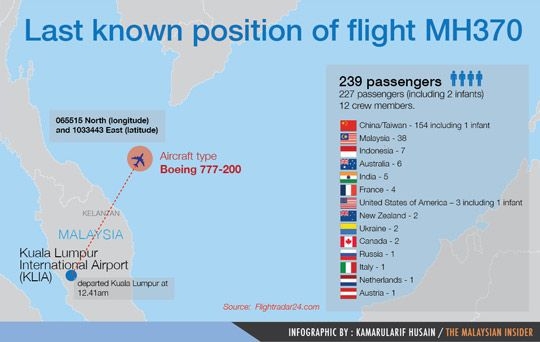 There are some astonishing things you’re not being told about Malaysia Airlines Flight 370, the flight that simply vanished over the Gulf of Thailand with 239 people on board.

The mystery of the flight’s sudden and complete disappearance has even the world’s top air safety authorities baffled. “Air-safety and antiterror authorities on two continents appeared equally stumped about what direction the probe should take, ” reports the Wall Street Journal.

WSJ goes on to report: