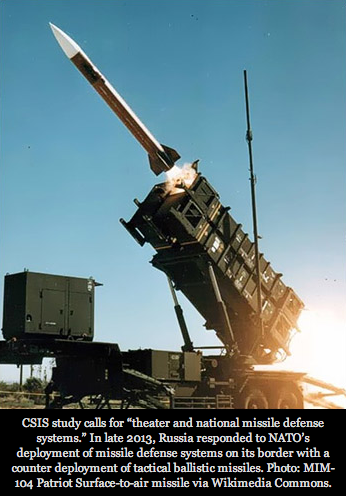 A think tank connected to Zbigniew Brzezinski and Henry Kissinger, the Center for Strategic and International Studies (CSIS), is calling for retooling the U.S. military in preparation of a “great power conflict” with “a newly aggressive Russia and rapidly modernizing China,” writes InfoWars.

“As sequestration takes toll on the Pentagon’s budget, Defense officials must decide how to maintain superior military capabilities. A new study suggests that the Pentagon should focus more on a “great power conflict,” reflective of a newly aggressive Russia and rapidly modernizing China. Such an approach would force the department to modernize its current infrastructure and invest significantly in technological advantages at the expense of unlikely-to-be used ships, aircrafts, and soldiers” – Homeland Security Newswire