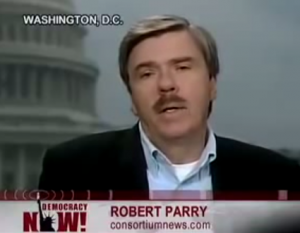 The famed investigative journalist Robert Parry best known for his role in covering the Iran-Contra affair asks why the US spy-satellite photos haven’t been been pressed by the major U.S. news media?

The dog-not-barking question on the catastrophe over Ukraine is: what did the U.S. surveillance satellite imagery show? It’s hard to believe that – with the attention that U.S. intelligence has concentrated on eastern Ukraine for the past half year that the alleged trucking of several large Buk anti-aircraft missile systems from Russia to Ukraine and then back to Russia didn’t show up somewhere.

Yes, there are limitations to what U.S. spy satellites can see. But the Buk missiles are about 16 feet long and they are usually mounted on trucks or tanks. Malaysia Airlines Flight 17 also went down during the afternoon, not at night, meaning the missile battery was not concealed by darkness.

So why hasn’t this question of U.S. spy-in-the-sky photos – and what they reveal – been pressed by the major U.S. news media? How can the Washington Post run front-page stories, such as the one on Sunday with the definitive title “U.S. official: Russia gave systems,” without demanding from these U.S. officials details about what the U.S. satellite images disclose?

Robert Parry (1949-) is an American investigative journalist best known for his role in covering the Iran-Contra affair for the Associated Press and Newsweek, including breaking the Psychological Operations in Guerrilla Warfare (CIA manual provided to the Nicaraguan contras) and the CIA and Contras cocaine trafficking in the US scandal in 1985. He was awarded the George Polk Award for National Reporting in 1984. He has been the editor of ConsortiumNews.com since 1995.

The Putsch in Ukraine – Kiev-loyalist forces surrendered their arms