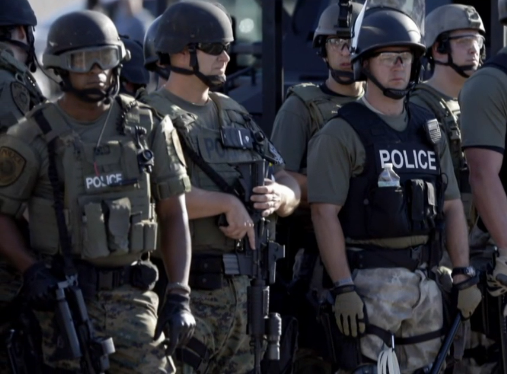 NATURAL NEWS. For the past decade, alternative news websites like Natural News, Info Wars, SHTFplan.com and many others have repeatedly warned about the alarming militarization of domestic police forces across the United States.

The response from the mostly liberal mainstream media was raucous laughter and denial. “Government is good!” we were told. “We need strong police forces to fight the “domestic terrorists” or “the war on drugs” or “protesters.”

But today, the exact scenario the alternative media has been warning you about for ten years is here. The Ferguson (St. Louis) riots have erased all denials and delusions. Police are now soldiers of war rigged up with bomb-proof armored vehicles made for military assaults, automatic weapons, desert camouflage uniforms, Darth Vader-like masks, grenades, laser sniper sights and more.

Turning to the Open Internet to Tell the Story of Ferguson

MSNBC: How suburban cops got weapons of war – Ferguson