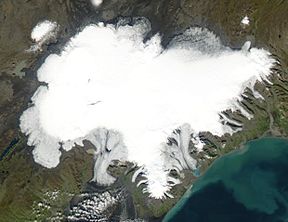 Bloomberg. Iceland warned airlines that there may be an eruption at one of the island’s largest volcanoes located underneath Vatnajökull, Europe’s biggest glacier.

“The alert level at Bardarbunga was raised to “orange, ” indicating “heightened or escalating unrest with increased potential of eruption,” the Reykjavik-based Met Office said in a statement on its website. Over 250 tremors have been measured in the area since midnight. The agency said there are still no visible indications of an eruption.”

Iceland has issued a red alert to the aviation industry for the Bardarbunga volcano, meaning significant ash emissions are likely.