JOHN PILGER. The other night, I saw George Orwells’s ‘1984’ performed on the London stage. Although crying out for a contemporary interpretation, Orwell’s warning about the future was presented as a period piece: remote, unthreatening, almost reassuring. It was as if Edward Snowden had revealed nothing, Big Brother was not now a digital eavesdropper and Orwell himself had never said, “To be corrupted by totalitarianism, one does not have to live in a totalitarian country.” 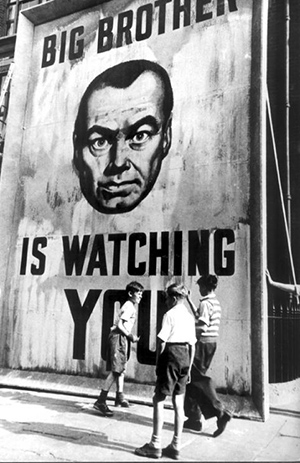 “Acclaimed by critics, the skilful production was a measure of our cultural and political times. When the lights came up, people were already on their way out. They seemed unmoved, or perhaps other distractions beckoned. “What a mindfuck,” said the young woman, lighting up her phone.

As advanced societies are de-politicised, the changes are both subtle and spectacular. In everyday discourse, political language is turned on its head, as Orwell prophesised in ‘1984’. “Democracy” is now a rhetorical device. Peace is “perpetual war”. “Global” is imperial.

The once hopeful concept of “reform” now means regression, even destruction. “Austerity” is the imposition of extreme capitalism on the poor and the gift of socialism for the rich: an ingenious system under which the majority service the debts of the few.”

John Pilger: “Silencing America as it prepares for war”