July 27, 2014. Gerald Celente, Publisher of The Trends Journal says, “We are looking at destabilization in the Middle East with no end in sight. It’s only going to get worse unless this killing and excuse for the murders from both sides stops.”

Greg Hunter. Renowned trend researcher, Gerald Celente, said at the beginning of 2014 that the economy would tank and war is on its way. It looks like his predictions are coming true.

So, what is going to happen? When interest rates go up, the economy is going to crash down. . . . They have built up an even bigger bubble. 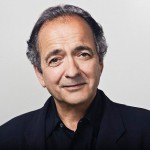 On the possible wars, we start with the Ukraine crisis. Celente contends, “I remember when Flight 800 went down off the coast of Long Island in the late 1990’s. People said they saw missiles shooting up at it. What did they tell us? Don’t rush to judgment. We’re going to get to the bottom of this. It went on for months, if not years.

Within minutes after that Malaysian airline went down, the rush to judgment already began. A plane was shot out of the air and it looks like Russian separatists did it, and they couldn’t do it on their own, and they needed help from Russia.” Celente says there is little proof Russia did anything, and he thinks much of the mainstream media coverage is simply “propaganda.” Celente explains, “They keep putting out the propaganda that instills fear and hysteria within the people that encourages them to go to war.”

When asked if war in Ukraine was coming and that it might turn into a global war, Celente said, without hesitation, “Yes, absolutely.”