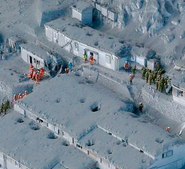 THE GUARDIAN. Police confirm that more than 30 individuals in cardiac arrest were found after mountain erupted on Saturday without warning.

At least 30 people are believed to have died near the peak of a volcano in central Japan that erupted without warning on Saturday, trapping scores of amateur climbers and covering a wide area with thick ash.

Police said rescuers had discovered more than 30 people suffering from heart and lung failure; official confirmation that the victims are dead won’t come until doctors have examined the bodies.

Read more in the Guardian

The Most Shocking Video of the Tsunami in Japan

Volcanic eruption in the vicinity of a radioactive mass grave?