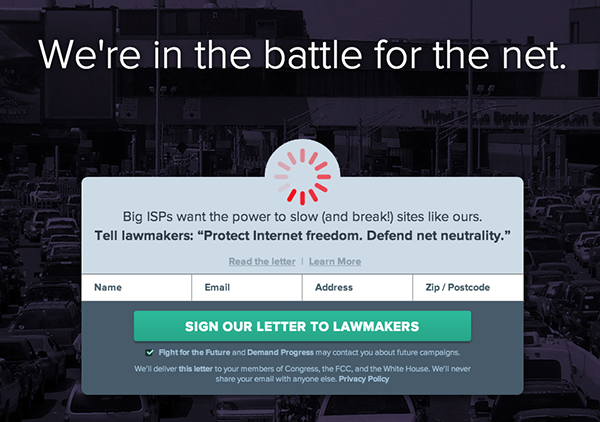 RT.com. The world’s major online companies, along with smaller websites, have united in a symbolic ‘Internet Slowdown’ protest against proposed US regulations that would introduce segregation in internet surfing speeds and kill “net neutrality.”

The central theme of the protest on September 10 is to rally around a revolving icon – symbolizing slowly loading online content – as a way of illustrating how the loss of net neutrality would harm websites and other online services if a new US-proposed regulation goes into action.

Internet giants such as Netflix who rely on a fast internet stream to offer their users HD access to their movie library are at the front lines of the movement, which united over the social media under the #NetNeutrality hashtag.