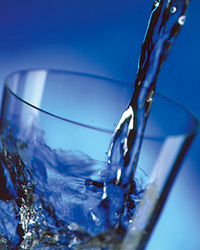 Adding to a growing global movement to acknowledge the serious health risks associated with fluoride exposure, as of August 26, 2014, the Ministry of Health in Israel lifted the mandatory requirement for water fluoridation that was put in place in 1970.

There is now a nationwide ban on water fluoridation in Israel, a decision Israeli Health Minister Yael German said “would allow Israeli parents and doctors to decide on their own whether to provide fluoride to children, in what doses, and in what manner.”

While the debate over water fluoridation has many layers, the most fundamental is that adding fluoride to water is a medical treatment, and a forced one at that because this substance is difficult to remove from your water.

As Professor Arnon Afek, director-general at the Health Ministry, told the Jerusalem Post.

Individuals have the right to decide if they want it [fluoride] or not… We cannot force people… The ministry supported it for over 40 years, but this is a new era. The world has changed, and we can educate parents.

Fluoride linked to first cause of cardiovascular diseases