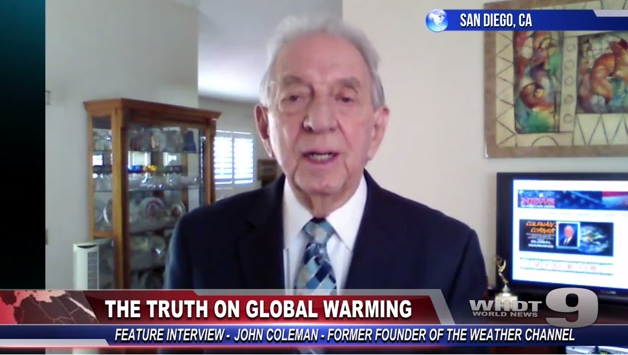 NextNewsNetwork. In 2007, Coleman began to speak out as a skeptic on the issue of global warming. He describes the wave of concern about global warming “a fictional, manufactured crisis.”

He believes many scientists and politicians have engaged in fraudulent activity based on bad science in a continuing quest for funding. He also explains the one-world government motive behind the formation of the United Nations Intergovernmental Panel on Climate Change.

Read more:  Climate change PROVED to be ‘nothing but a lie’, claims top meteorologist

March 2014. Is Global Warming really happening? There are many voices in opposition to the theory and our guest today is just one of those. His name is John Coleman who was the original weathercaster on “Good Morning, America.” After that Coleman founded and served as CEO and President of the Weather Channel.

“The Real Global Warming Disaster: Is The Obsession With `Climate Change` Turning Out To Be The Most Costly Scientific Blunder In History?” av Christopher Booker