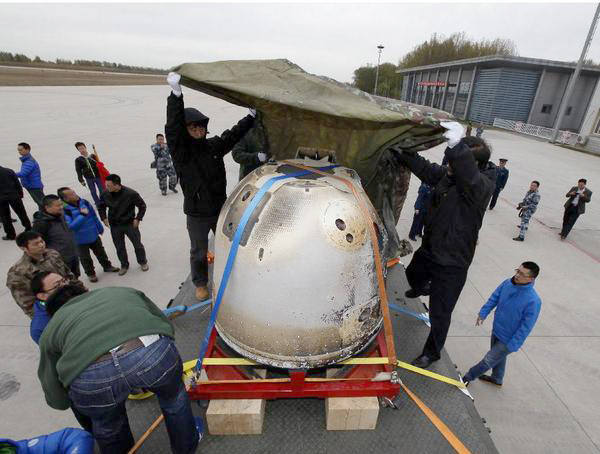 RT.com China has completed its first return mission to the moon. After flying around the moon, the unmanned probe Xiaofei probe landed successfully in the grasslands of Mongolia.

“The mission was a test run for an ambitious unmanned trip to the moon’s surface planned for 2017, according to state agency Xinhua.” /RT.com

“Beijing has repeatedly insisted that it is not trying to compete with other nations. “Few countries can rival China’s space program although China never intended to participate in any ‘space race,’” Xinhua claimed. However, few doubt that a highly charged Asian space race is now underway, with Chinese and Indian scientists battling it out for supremacy. China was leapfrogged by its regional rival India in September when that country successfully sent a spacecraft into orbit around Mars, something China had previous tried but failed to achieve.” / Telegraph