NaturalNews. The city of Berkeley, Missouri has issued an emergency preparedness alert to its citizens, urging them to stockpile food, water, gasoline, prescription medications and fully-charged cell phones in anticipation of widespread rioting.

The letter, shown below, also urges citizens to have a “contingency plan for picking up your children from school,” warning that roads may be blocked, preventing vehicular traffic from moving. The local airport, says the letter, will be “protected by the National Guard” and curbside drop-offs of luggage will not be allowed. 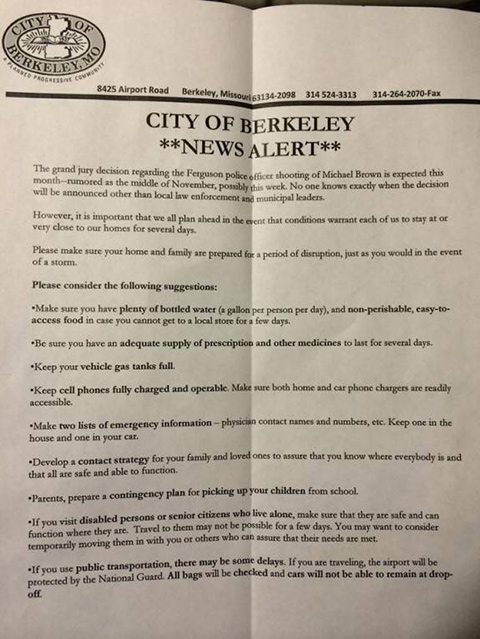 Turning to the Open Internet to Tell the Story of Ferguson

Do you believe us now? Police state militarization of USA foretold by alternative media

MSNBC: How suburban cops got weapons of war – Ferguson