INFOWARS. A television news channel in Russia has released an image of what it claims shows a Ukrainian fighter jet shooting a missile towards Malaysia Airlines Flight 17.

The satellite image, which is also being circulated by the Russian Union of Engineers, emerged just hours before world leaders are set to confront Russian President Vladimir Putin on the fate of MH17 at the G20 summit in Brisbane. 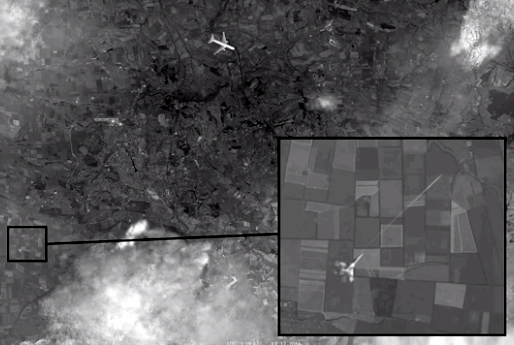