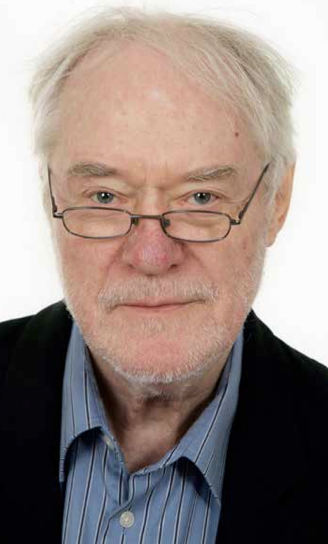 The Swedish physician and researcher Erik Enby has during several decades studied blood samples from chronically ill patients and found intensive microbial activity among the blood cells. Patients suffering from diseases such as ALS and malignant lymphoma have one common denominator, various types of  infections in the blood. Dr Erik Enby now call for the international research community to study this phenomenon closely.

Dr Erik Enby explains in his own words his findings:

Microscopy of vital blood from chronically sick people shows that at certain types of chronicity, there is something that I have called disc-shaped cut-outs, “white spots”, in the thin blood layer resulting when some capillary blood is allowed to spread out between a microscope slide and a cover glass. In the peripheries of the cut-outs there is always an area with moving particles in varying quantities, sizes and shapes.

The cut-outs seem to be made up of some material unfamiliar to normal blood, and probably appear as ball-like formations in the drop of blood before it is allowed to spread out between the microscope slide and cover glass for microscopy.

In the beginning of my work with the blood microscopy, I believed that these ball-like formations were primarily to be found in the blood among the blood corpuscles. As these “balls”, however, have to be so large that they would not be able to follow the blood circulation all the way to the farthest vessel peripheries of the pad of the finger, I have later on assumed that they are growing up in the tissue existing between the smallest vessels of the vessel tree: the capillaries. When taking the blood test, it could be possible that these “balls” end up in the blood drop that is obtained by means of a pinprick in the pad of the finger.

If such “ball formations” are growing up in the tissues, this could cause small damages and cicatrizations in the tissues, with ensuing and in appearance varying and probably slowly increasing symptom pictures of a continuous character, i.e. different types of chronicity.

The growth of ball formations in the tissues could explain why these at a chronic disease can be brittle and easily bleeding, as well as irritations in the shape of ulcerations and swellings.

I have described these findings on my homepage www.enby.se in the essays No. 7 and 8.

My question to the scientific society: has anyone observed anything like this? Please inform me if you know something about it!

1. Report of findings from microscopic examination of fresh blood from two patients with Hodgkin’s disease and three patients with malignant tumours

Abstract: Microbe-like findings in blood from patients with Hodgkin´s disease and malignant tumours observed through microscopic examination in ordinary lightfield and interference contrast are described. Research background and information about the course and results of the microscopy. Ideas about continued research.

2. Microbe-like formations in the blood of patients with chronic diseases

Abstract: A number of different microbe-like formations, not described earlier, have been identified by means of direct microscopy of untreated blood using a darkfield, phase contrast and interference contrast with a magnification of up to 1:1200. Some of these formations are found in healthy individuals, although only rarely. Others have thus far only been observed in patients suffering from chronic diseases such as severe allergies, multiple sclerosis and cancer etc. These microbe-like formations may occur alone or in clusters. The appearence of the clusters can vary as follows:

The alterations described above cannot be observed in ordinary stained blood smears. Their origin and classification cannot be determined with certainty, but the possibility that they are microbes cannot be ruled out.

3. Some principles of Somatic Ecology

Abstract: The interplay between on one hand all unknown particles and structures, on the other the tissue cells of the soma in the blood plasma and the rest of the body fluids, is summarized under the title ”Somatic Ecology”. If this interplay leads to a state of health or a disease-state is discussed. In the former case the interplay is characterized as symbiosis, in the latter as dysbiosis. The importance of dysbiotic food is brought up for discussion. The degree of severity of the state of dysbiosis is explained as well as an allopathic view of the blood.

4. The presence of cyclical microbial processes indicated in the blood of patients with chronic diseases

Abstract: The following microscopy techniques concerning untreated blood from patients with chronic diseases, using ordinary light field and interference contrast, show that there exists a diffuse ”seed” of many flake-like structures dispersed among the blood corpuscles. Initially they seemed to be lifeless, but suddenly and rapidly showed the capacity to produce many small granules getting clearly mobile on the slide and seemed to be able to grow in size and even develop into other formations, for instance dumbbell-shaped forms. This work confirms the theory of pleomorphism in microbiological science. As the flakes are rare in the blood of subjectively healthy people, they are supposed to be involved in different chronic degenerative disease processes.

5. The putrefactive  process as the cause of disease and death and microbe-like formations in the blood of chronically ill people

Abstract: In the lecture delivered at the International Cancer Congress on 16-18 April 1994 in Darling Harbour, Sydney, Australia, the states of diseases in general are explained as a consequence of different forms of growing processes in blood and solid tissues and how these processes continue in the soma after the moment of death. They are supposed to cause both disease and putrefaction. A number of growing principles is demonstrated.

6. Microorganisms in blood and tumour tissue from patients with malignancies of breast or genital tract

Abstract: The pictures in the article and a video of vital cancerous tissue were demonstrated at the World Congress in Gynecology & Obstetrics – FIGO – in Montreal, Canada in 1994. Apparently they describe a diffuse ”seed” of different forms of living particles of variable size in the cancerous tissue as well as throughout the blood. As they often occur in big heaps in the blood plasma, they are supposed to be able to make colonies. The microscopy indicates that dispersion takes place from these heaps of particles, which could explain the diffuse spread of both among the blood corpuscles. The particles are supposed to represent the yeast-phase of a fungus also growing in its mycelial phase and to be found as thread-like mycelial structures in both the cancerous tissue and the blood.

7. Blood changes with chronic illness and a theory about total and partial wound units

Abstract: Dark field microscopy of blood reveals that the blood besides the red and white blood cells contains large amounts of very tiny oscillating particles. In the blood from chronically ill people there exist several larger particles differing in shape and structures, which seem to be built up from these particles. Many researchers have assumed that these particles constitute some kind of microbial growth and considered them a possible cause for the development of chronic disease conditions. The proof of this has never been submitted to any analysis. In order to find out the possible role of the particles in the development of chronic diseased conditions in general, the following microscopic analysis was performed. An ordinary light field microscope 100 times enlarged was used to get an initial quick orientation of the blood test. Locally a more special microscope technique was carried out with the Nomarski´s interference contrast method.

8. Unknown particles and structures in the ALS-patient’s blood

Abstract: Two cases of typical ALS symptomatology – amyotrophic lateral sclerosis – are described. The diagnoses are made at the “Clinic of Neurology”, at the Sahlgrenska University Hospital, Gothenburg. Unknown – earlier not described particles and structures occur in the blood of ALS-patients and they seem to vary in appearance and amount in phase with the look, character and intensity of the development of the symptoms. The blood of the patients has been examined microscopically in ordinary lightfield with “Nomarski’s interference contrast method”. The documentation is made by video recording. Pictures have been digitalized from the video with clarifying diagrams added. The findings confirm Dr. Enby’s previously established wound theory and it might contribute towards explaining an aspect of the genesis to the ALS symptomatology.

It seems like Enby’s treatment is getting international attention.