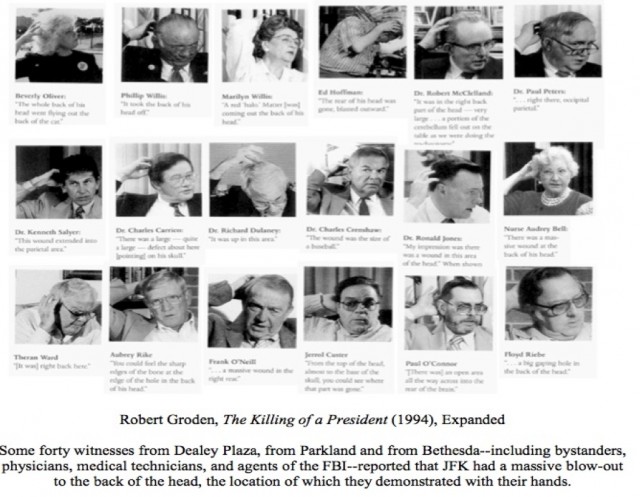 Veteranstoday.com. Larry Rivera has discovered that those assigned to clean up the Zapruder film missed frame 343, where Jackie’s glove provides a background against which the defect’s outline becomes visible.

Among the controversial aspects of the assassination of JFK has been the character and dimensions of the wound he sustained at the back (the back/top or the top) of his head.

Physician after physician at Parkland Hospital, where his body was taken, reported that he had a blow-out at the back and right side of his head, which was the size of your fist when you double it up.

Even Clint Hill, the Secret Service agent who rushed forward to protect Jackie during the shooting, reported observing “a fist-sized blow out” when he lay across their bodies in the back seat of the Lincoln limousine…”

Establishment desperate to reinforce the official version of JFK assassination