Mike Adams. A Merck vaccine scientist was threatened with jail time for trying to expose the outright scientific fraud and data falsification being used by the vaccine industry to make its faulty products appear to work even when they don’t, according to a document filed with the United States government. 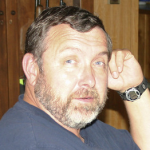 Former Merck virologist Stephen A Krahling tried to go to the FDA with evidence of vaccine research fraud taking place at Merck, but he was threatened with jail time by Merck’s own people, according to a False Claims Act document he and another co-worker filed with the federal government.