”In the years prior to my retirement, before summer 2009, I was directly involved with Wikipedia. The German National Library, where I was employed for almost 35 years, had a project in which – based on its literary data – it supplied Wikipedia with the titles of its stock and notified it of entries on the Wikipedia website that it considered to be incorrect. In dealing with this, I thus was in contact with several authors and occasionally with management staff from Wikipedia.

Through both my professional involvement with the above project and my private use of Wikipedia – in context of my cultural anthropological and historical research – I soon discovered that Wikipedia is by no means as perfect and objective as it is often claimed to be.

Very soon, in fact, I realized that Wikipedia is considerably controlled by certain special interest groups and that this results in either incorrect or glossed-over information being included in its articles. In particular, these groups are concerned with issues relating to the influence of the pharmaceutical industry; however, other interest groups, such as the Church (in particular, the Catholic Church) and certain political groups, also play roles.

During the course of my work I furthermore discovered that, within Wikipedia, there are – both at national and international levels – institutionalized bodies who ensure that the articles stay ‘clean’ and that their content is consistent with the requirements of the relevant special interests. In this regard, they effectively function as regulatory authorities or censorship boards.

A few times, realizing that they concealed the facts, I’ve tried to make changes to certain Wikipedia articles. Examples include the entries for Pope Pius XII, whose extensive Nazi connections and pronounced anti-Semitism, including all the already known details, are veiled on Wikipedia’s website; articles about other historical persons of the 20th century and about some present-day politicians; and articles on the subject of health. In many of these cases, I found I was not permitted to make edits to the articles and was told that I had to register an account before my corrections could even be considered.

With regard to my attempts to make corrections to articles dealing with health issues, on two occasions I experienced particularly notable rejections. One was an inaccurate and  pro-pharmaceutical industry article on the subject of naturopathy; the other article concerned a physician –Dr. Matthias Rath – who was characterized as ‘controversial’ and, regarding whom, ’questionable lawsuits’ were alluded to. In both of these articles, I noted that there was scarcely anything reported that was meaningful.

Not only were my attempts to make changes to these two articles unsuccessful, it was stated that my edits were blocked on the grounds that they amounted to ‘vandalism’. Prior to this, I had never heard the term ‘vandalism’ used in this context. On Wikipedia, however, it is clearly a term used to justify censorship.

For the sake of completeness, I should add that Wikipedia has deficiencies in several areas and that its descriptions of all manner of topics and information are quite frequently incorrect. Quite often, this is due to the fact that Wikipedia articles can sometimes be edited by individuals who have not researched their subjects properly or who are pursuing their own vested interests. In some areas, which I have worked on now for more than 50 years, I was able to prove this, too.

Let me therefore emphasize that you have to be very careful when reading not only Wikipedia but also many other information sources on the Internet. This is because they can reflect the interests of certain prevailing interest groups in the areas of economics, politics and others. In this respect, in addition to the many ‘ordinary people’ reading Wikipedia, it is unfortunate that more and more students – on the advice of their teachers – are accessing it, as well as other questionable sources on the Internet, without checking the data they find there. Even in many university seminars, it seems that Wikipedia is becoming more and more fashionable. In today’s increasingly digital world, this is unfortunately a trend that – including the associated increasing superficiality – is promoted by many sides, especially the media, but also by politicians when it comes to the furthering of their interests.

Even more absurd is a report from about two years ago in which the results of an expert opinion were announced through the press to the effect that Wikipedia, when compared with the Brockhaus Encyclopaedia and the Encyclopaedia Britannica, was ranked higher overall. Quite apart from the fact that at that time I just laughed about this outcome, you may now wish to ask yourself whether it is possible that, either directly or indirectly, any of the experts making these types of claims, or their institutes, have ever received financial remunerations or grants from the special interests and stakeholders who control Wikipedia. 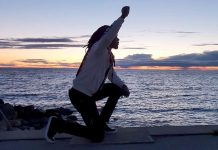 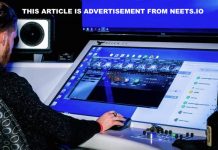 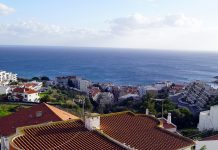 Mediterraneans are Smarter than the Brainwashed Swedish People