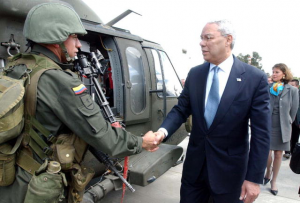 SPUTNIKNEWS. The finding that the world’s most popular herbicide probably causes cancer could have implications that reach beyond the farming industry – all the way to South America and the United States’ war on drugs.

Colombia’s left has been hostile to the program – which is partly carried out by American contractors – and has compared it to the US military’s use of the Agent Orange herbicide during the Vietnam War. Leftist rebels are demanding an end to the spraying as part of ongoing negotiations with the government to end a half-century conflict.

Daniel Mejia, a Bogota-based economist who is chairman of an expert panel advising the Colombian government on its drug strategy, said the report is by far the most authoritative and could end up burying the fumigation program.