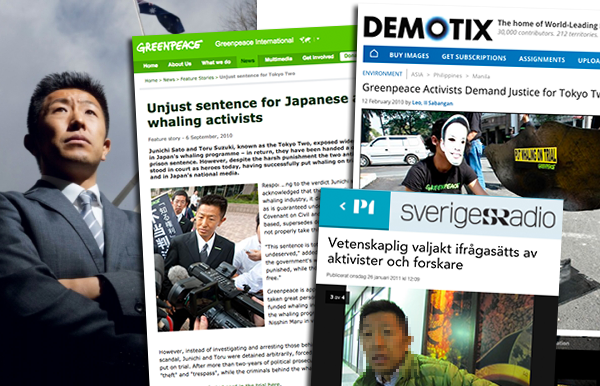 NewsVoice is proud to present Toru Bové a world known now ex Greenpeace activist and also famous superbiker formerly known as Toru Suzuki. Toru will write exclusively for NewsVoice about the Fukushima tragedy. He will report on what really happened in Fukushima and describe what the real consequences were and still are due to the radioactive fallout in and around Japan, stories not told in the controlled mainstream media. Toru Bové hereby present himself in his own words.

My name is Toru Bové, a Japanese Superbike racer, entrepreneur and former Greenpeace activist. My family and I fled from Japan after we faced Fukushima, the worst nuclear accident in human history.

Before going into Fukushima in details, I would like to introduce myself a little more. Because a set of unique experiences I had prior to Fukushima made me see through things most people miss. In all, I’m not a typical Japanese man as you would expect.

I’ve been racing Superbikes, the motorcycle version of a touring car for decades so I had some mechanical background to understand how earthquakes and tsunamis can destroy nuclear plants.

On top of that, I had this unique experience of encountering a national security police operation. In fact, my colleague and I, as Greenpeace activists, were arrested by 75 police officers accused of being a “national threat”. One month before the event, we had exposed the worst scandal of Japan’s infamous whale-hunting program and we happened to push the “right button”. Then things went really big, and bad, then some people call me one of “Tokyo Two” and even so until today.

I had a chance, in a hard way, to learn how the Japanese authorities work in a case against an alleged “national threat” or “public’s enemy”, plus how mainstream media works closely with the government. I have to admit that I was very naive before these events unfolded.

When Fukushima happened, I had a good sense to read what was going on under the surface. I knew how the government would downplay damages and hide the truth from the public eye. I knew how the public would be fooled by them. I knew it would get really bad if we didn’t leave the country. First three weeks, I had a mix of special experience I will never forget. Some of them would be very difficult to publish. But those made me to decide leaving my very own country for good.

Today, full four years from the accident, all three of my children are growing up as Swedish kids, and my Danish-Japanese wife Maiko and I now call Sweden our new home.

Though we don’t have many things to yell or complain about here, we are so disappointed to find so very little coverage of the Fukushima incident in Scandinavia. If you compare to Germany, for one good example, it’s almost NO meaningful coverage here in Sweden. Nothing. And this small beautiful nation has 10 nuclear reactors, all very very old. We can’t be so naive about this issue anymore. It’s your big problem but also mine now.

As relatively new immigrant to Sweden, I would like to tell you about the true face of Fukushima. I believe many people would see the thing differently if they knew what I know. In the end, we have to face a tough reality in Sweden as well. If we don’t wake up by completely understanding Fukushima, we never will…

Toru will soon return to NewsVoice with articles about Fukushima and the risks with nuclear power.

Toru Bové in the media

Greenpeace: Justice for the Tokyo Two – justice for whales, coming our way?