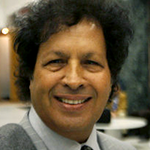 INDEPENDENT. Colonel Gaddafi’s cousin has warned of a “9/11 in Europe within two years”, as fighters from the Islamic State join the tens of thousands of migrants crossing the Mediterranean to European shores.

Ahmed Gaddafi al-Dam, one of the late dictator’s most trusted security officers, predicted at least half a million migrants would set sail from Libya to Europe this year as Isis gained a stronger foothold in the country.

“There are many terrorists among them, between 10 and 50 in every thousand,” he told MailOnline. “They are going all throughout Europe. Within one year, two years, you will have another September 11.”