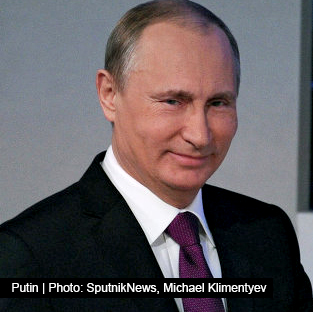 SputnikNews. Putin is back. Or was he ever gone? Western media created the gossip about Putin’s absence, fueled it with numerous conspiracy theories, ranging from his poor health, a coup and even alien abduction, all the while the world goes on with ISIL, Ebola, the conflict in Ukraine and other more important issues than the “disappearance” of Putin.

Over the last 11 days Western media excessively focused on “mysterious disappearance” of Vladimir Putin, all the while forgetting about other, more important things happening in the world.

Putin’s mystery was on top of everyone’s mind. Western media came up with the most ridiculous theories about the whereabouts of the Russian leader. One theory said he was dead, another suggested that Putin was seriously ill and could no longer appear in public, third said that Putin was overthrown in a secret coup, and others even suggested that aliens abducted him.