A widening of the conflict in Ukraine could take Europe to the verge of a much greater war. Therefore there are human rights concerns over a wide-ranging escalation of the current Nato-Russian conflict. Even if a greater war would be avoided, the expected civilian loses and corresponding suffering in a variety of countries affected by the conflict will be severe. Warmongers in Sweden and elsewhere should think twice, says two professors and a physician, associates at Swedish Doctors for Human Rights.

Why arming Ukraine would lead to an unprecedented human-rights catastrophe

Arming Ukraine will inevitably extrapolate a war with Russia, according to international experts, for it would represent an escalation of the conflict directly from the part of NATO, which is equated with a predictable military response from Russia, including the possibility of the use of nuclear weapons “to defend vital strategic interests”. [1]

It should be noted that just recently, on the 15 of March 2015, President Vladimir Putin expressed that Russia was preparing to use nuclear weapons “if necessary” over the Crimea events of 2014. [2]

In Swedish analysis it has not been highlighted the fact that the war that NATO and its partners would be declaring in Ukraine ­– from the very moment lethal weapons would be sent to Kiev – it would be an open war waged in the very frontiers of the Russian Federation.

Professor Stephen F. Cohen, New York University, has referred to the nowadays situation as a re-edition of a “cold war”, but marking that the epicentre of this new cold war is not any longer Berlin, but it has moved by the U.S. “right to the Russian borders”. [3]

Our point being that a war-scenario of such dimension has not been experienced since the missile crisis in Cuba in the sixties. Then, no one doubted that we were right in the edge of a war declaration, and nobody could exclude the possibility of a nuclear confrontation with the perspective of a holocaust.

Could anyone argue that the actual situation is not similar, if not worse? Why the eventual proximity of missiles in Cuba would be assessed as feasible risk for nuclear all-war then, but not the actual presence of NATO-assisted and armed troops, not in the proximity of Russia but instead on its very borders?

Why did the world opinion understood President Kennedy, empathetically or not towards his position, when he issued the all-war warning to the Soviet Union because of the physical proximity of the “Russian threat”. And why would not we foresee a similar stance by the president of a Russian nation that is beleaguered with NATO-armed troops on its actual borders?

How close are we to this unprecedented human-rights catastrophe?

A war-scenario in the aftermath of an eventual providing of lethal weapons to Ukraine by the U.S., would be the following: While Russia will most predictably immediately increase their support to the revolutionary forces in Donbass, new “ATO contra-offensives” boosted by the new delivered heavier lethal weapons will increase incursions of Ukraine troops not only on the perimeter of Russia borders but also inside Russian territory.

In other words, the escalation of a model that it was actually essayed, thou in lesser scale, during 2014. This will trigger and “legitimate” the Russian Army’s response, most probably in the military fashion as recently exercised after President Vladimir Putin’s orders of mobilizing Russia’s entire Northern Fleet forces, in the unprecedented 45,000 troops drill around the Artic and Baltic regions. [4]

How close are we to this unprecedented human-rights catastrophe? The U.S. Congress passed on 23 of March, with overwhelm majority, a resolution for sending lethal weapons to Ukraine. President Barak Obama has not yet complied with it, and officially holds to the “non-lethal” military aid program. This stance would be, however, difficult to be maintained.

For instance, Obama’s own newly appointed secretary of defence Ashton Carter declared during his nomination process being open for such a Congress’s line. And Chairman of the Joint Chiefs of Staff Gen. Martin Dempsey, expressed upon the Senate that U.S. “should absolutely consider lethal aid” to Ukraine, through NATO. [5]

In fact, the military training of Ukraine’s National Guard by U.S. military has already started. Pentagon spokesman Col. Steve Warren said now to Star and Stripes that about 300 U.S. soldiers from the Army’s 173rd Airborne Brigade are to be deployed to western Ukraine “to train three battalions of the Ukrainian national guard”. [6]

Further, the reassurances given by Obama that if the U.S. is to provide Ukraine with weapons, those could not be used in offensive operations against Russia is in itself a contradiction of terms, for three reasons:

A potential increasing of war-crime episodes

Against the backdrop of such emergent risk of a mayor confrontation, we need to examine what such conflagration would mean in terms of human rights and civil liberties, and the potential increasing of war-crime episodes inflicted on civil populations.

That the Pentagon choses just Ukraine’s National Guard is of primary concern from the human rights perspective. This is a military formation that, as reported by Ukraine’s Interior Minister Arsen Avakov (9 October 2014), is also integrated by the Azov Special Purpose Regiment under the Ministry of Internal Affairs (MIA). [8]

The Azov Regiment is in its turn a neo-Nazi military force, which has reportedly distinguished in numerous atrocities on the civilian population in the Donbass region. Also known as Azov Battalion, it has its origins in Biletsky’s Nazi group that advocates “white supremacy and racial purity”. [9]

And a recent report by ABC News dispatched from the warfront in Ukraine begins as follows: “The first thing you notice as you walk through the corridors of the Azov battalion’s base in Mariupol are the swastikas.” [10]

Reports from Sweden expose that in the said regiment’s ranks are to be found a number of Swedish citizens. [11]

Swedish Doctors for Human Rights has been monitoring the Ukraine conflict since the initiation of the war operations by the Ukrainian government against the insurgent movement in Donbass, which started after the Referendums for independent sovereignty, and approved by the overwhelming majority of the populations of Donetskt, respective Luhansk regions. This operation, under the denomination “ATO”, has been marked by numerous war-crimes events on the civilian populations of the mentioned regions.

In the report Documenting war crimes in Ukraine 2014 – 2015 [12] we have documented, among other multiple incidents, the massacres of civilians by the Ukrainian army in Mariupol of 9 of May 2014, the aerial bombardment of the civil population of Luhansk of 2 June 2014, and the shelling of schools and hospitals of Donetsk of 5 November 2014, respective 18 January 2015.

Besides, another human rights organization, Human Rights Watch, have investigated and denounced the using of cluster bombs by the Ukraine army against the civilian populations of the Donbas region.[13]

It is said that the conflict in Ukraine has taken around 6,000 lives altogether, according to official figures from UN statistics, which are in the main based on Kiev’s official reports. But the Ukrainian movement ANTIWAR, led by a Deputy of the Regional Council of Dniepropetrovsk, Victoria Shilova, denounced that only the civilians fatalities exceed the 7,000, among them 500 children. In Shilova’s own words, “Total numbers of Ukrainian deaths at both sides of the front line rises to 30,000.” [14]

A widening of the conflict in Ukraine occasioned by the providing from the part of NATO of heavy lethal weaponry to the Kiev government, could take humanity anew on the verge of a nuclear-holocaust risk.

Even if this eventually would be possibly avoided, the expected civilian loses and corresponding suffering in a variety of countries that would be drawn into the conflict will be severe. Warmongers in Sweden and elsewhere should think twice.

[2] Adam Withnall, Vladimir Putin says Russia was preparing to use nuclear weapons ’if necessary’ and blames US for Ukraine crisis. The Independent, 15 March 2015.

[5] Andrey Akulov, Facing Options under Mounting Pressure: US at Crossroads on Ukraine. Global Research – Center for Research on Globalization. 9 March 2015. 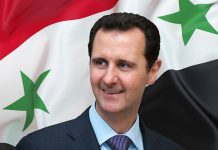 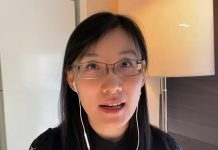 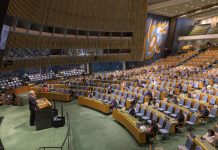