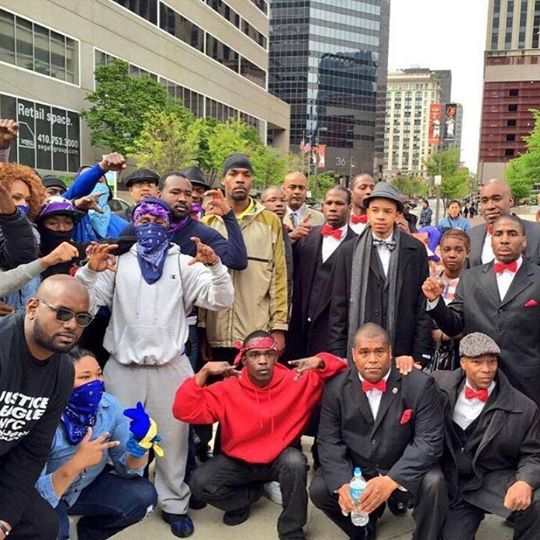 RT.COM. Baltimore police said it has credible information that street gangs have joined forces to attack police. The statement was issued minutes before the funeral service for Freddie Gray, who died in Baltimore police custody earlier this month.

According to the Baltimore Police Department, there is “credible information” that various prison and street gangs entered a partnership to “take-out (sic) law enforcement officers.”

Read more | In the picture: members of Nation of Islam and Bloods and Crips –  Photo: Farajii Muhammad