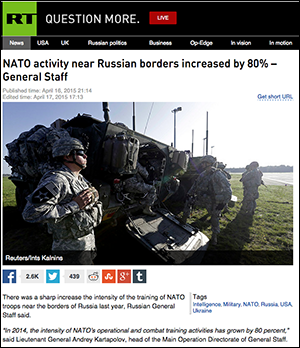 Warships from Belgium, Estonia, Germany, Latvia, Lithuania, the Netherlands, Norway, Poland and the UK are participating in the exercises, accompanied by a Lithuanian Navy submarine unit and two airplanes from the country’s Air Force.

The maneuvers in the Lithuanian territorial waters are scheduled to last until May 14, Lithuania’s Ministry of National Defense said.

The ships will practice interactions between NATO allies during international operations.