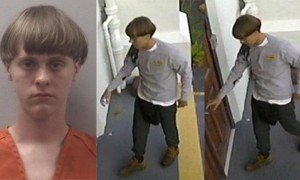 InfoWars. Charleston shooter Dylann Storm Roof was reportedly taking a drug that has been linked with sudden outbursts of violence, fitting the pattern of innumerable other mass shooters who were on or had recently come off pharmaceutical drugs linked to aggression.

According to a CBS News report, earlier this year when cops searched Roof after he was acting suspiciously inside a Bath and Body Works store, they found “orange strips” that Roof told officers was suboxone, a narcotic that is used to treat opiate addiction.

Suboxone is a habit-forming drug that has been connected with sudden outbursts of aggression.

A user on the MD Junction website relates how her husband “became violent, smashing things and threatening me,” after just a few days of coming off suboxone.

“A user on the MD Junction website relates how her husband “became violent, smashing things and threatening me,” after just a few days of coming off suboxone.

Another poster on the Drugs.com website tells the story of how his personality completely changed as a result of taking suboxone.

The individual relates how he became “nasty” and “violent” just weeks into taking the drug, adding that he would “snap” and be mean to people for no reason.

Another poster reveals how his son-in-law “completely changed on suboxone,” and that the drug sent him into “self-destruct mode.”

A user named ‘Jhalloway’ also tells the story of how her husband’s addiction to suboxone was “ruining our life.”

A poster on a separate forum writes about how he became “horribly aggressive” towards his partner after taking 8mg of suboxone.

A website devoted to horror stories about the drug called SubSux.com also features a post by a woman whose husband obtained a gun and began violently beating his 15-year-old son after taking suboxone.”