TED.COM. The FBI is responsible for more terrorism plots in the US than al-Qaeda, al-Shabaab and ISIS combined. Investigative journalist Trevor Aaronson reveals a disturbing FBI practice that breeds terrorist plots by exploiting Muslim-Americans with mental disorders. 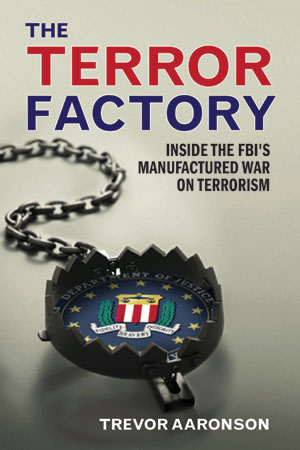 The FBI plan, orchestrate and finance terrorist plots in order to capture fabricated terrorists in the last minute just before they commit the fake crime.

Read more in NewsVoice: This is how the FBI created a fake terrorist (by Trevor Aaronson, The Intercept)

Trevor Aaronson is the executive director of the Florida Center for Investigative Reporting and the author of The Terror Factory: Inside the FBI’s Manufactured War on Terrorism. In 2014 he reported and produced “Informants,” a one-hour documentary for Al Jazeera Media Network about the FBI’s counterterrorism program. In 2015 he published “To Catch the Devil” with Foreign Policy and “The Sting: How the FBI Created a Terrorist” with The Intercept, both about his work on the FBI’s counterterrorism methods.

This talk was originally presented at an official TED conference, and was later featured on the TED home page.

The Intercept: This is how the FBI created a fake terrorist