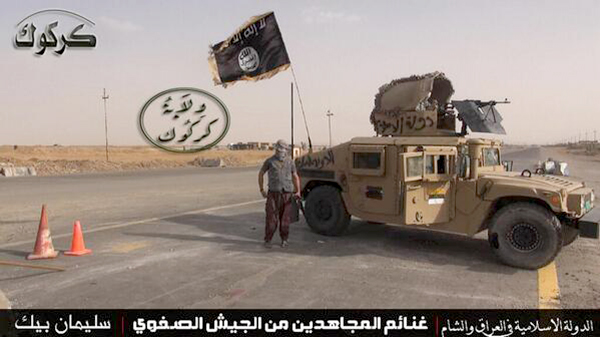 “In the collapse of Mosul, we lost a lot of weapons,” Abadi said in an interview with Iraqiya state TV. “We lost 2,300 Humvees in Mosul alone.”

While the exact price of the vehicles varies depending on how they are armoured and equipped, it is clearly a hugely expensive loss that has boosted Isis’s capabilities.