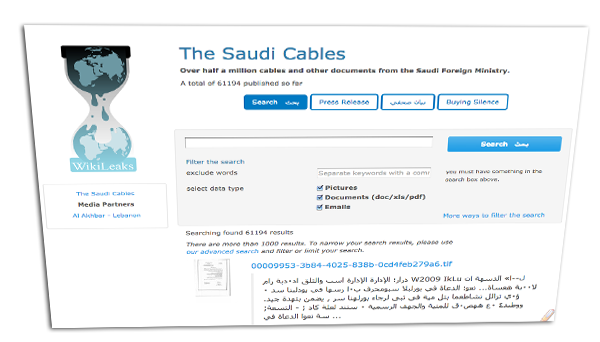 WikiLeaks has begun publishing around half a million ‘Saudi Cables’ documents, which include communiques from the Saudi Foreign Ministry, as well as ‘top secret’ reports from the kingdom’s intelligence agency and Ministry of Interior.

“On Friday, the whistleblowing website released the first tranche of around 70,000 documents.

According to the group’s statement, the ‘Saudi cables’ provide an insight into the kingdom’s interior and foreign policies explaining: “how it has managed its alliances and consolidated its position as a regional Middle East superpower, including through bribing and co-opting key individuals and institutions.”

Britain’s Ministry of Defence has confirmed it is providing technical support and arming Saudi Arabia in its ongoing war against Yemen, RT has learned.

“An MoD spokesperson said the UK’s assistance to Saudi Arabia includes providing “precision guided weapons,” but added the British government had been assured they will be used in compliance with international law.”