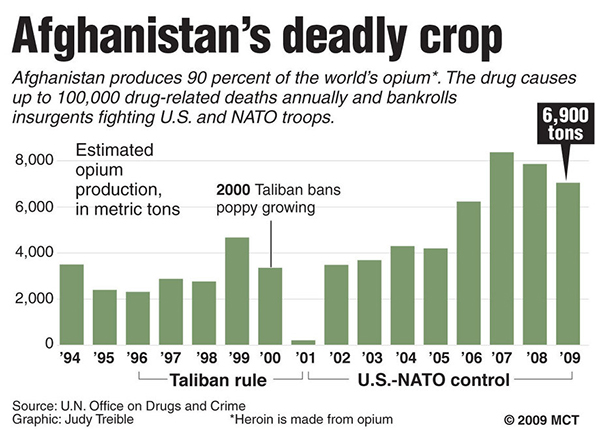 The Islamic State is destroying opium fields in Afghanistan as it routs the Taliban, according to witnesses.The reports may ultimately result in the US sending troops back into the country to protect these valuable and highly lucrative assets, InfoWars writes.

“In 2009 it was reported that the CIA controlled the opium trade in Afghanistan through Ahmed Wali Karzai, the brother of the former president, Hamid Karzai, who began his career as a fundraiser for the CIA’s mujahideen during the 1980s“, Kurt Nimmo continues his InfioWars article.

“CIA-supported Mujahideen rebels engaged heavily in drug trafficking while fighting against the Soviet-supported government and its plans to reform the very backward Afghan society,” William Blum writes in The Real Drug Lords.