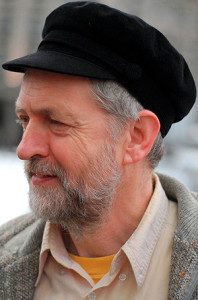 The Independent writes that Labour’s leader Jeremy Corbyn has reaffirmed his opposition to Trident submarines. He says: nuclear weapons “did not do the United States any good on 9/11”.

“The Labour leader had earlier prompted dissent from within his own shadow cabinet by insisting he would never push the nuclear button if he was elected Prime Minister, after saying in his keynote conference speech on Monday that he would push through plans to make Labour back unilateral nuclear disarmament and vote against renewing Trident.”

Jeremy Corbyn MP (1949-) is a British politician who is Leader of the Labour Party andLeader of the Opposition. He has been the Member of Parliament (MP) for Islington North since the general election of 1983.