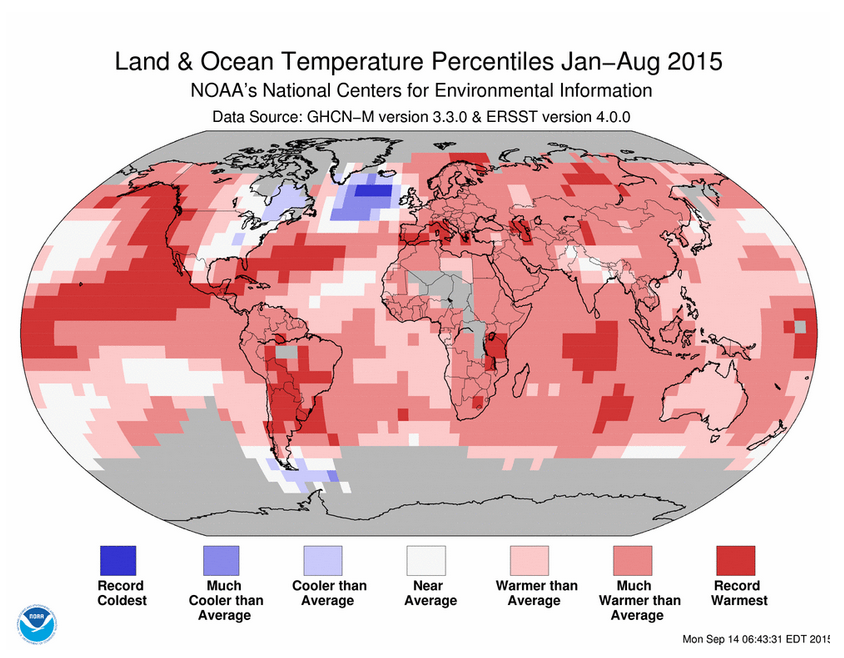 NOTED. Chris Mooney who reports on science and the environment for the Washington Post writes about a surprisingly cold anomaly in the North Atlantic Ocean. The “cold blob” has emerged recently featuring record cold temperatures for a substantial area. This anomaly contradicts the current view about global warming. Still Mooney sticks to the notion that the planet is heating up.