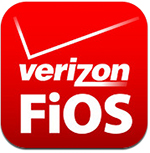 Verizon has begun censoring emails sent by customers. Emails containing web addresses (URL:s), is auto-rejected as SPAM, according to Superstation95.

“It began on or about October 27, 2015 when a customer of Verizon FiOS tried to send an email reply to someone as part of an ongoing conversation. In the e-mail was a link to a story on the Internet that the Verizon FiOS customer had previously been discussing with his client. Strangely, the e-mail was rejected seconds later”

Those who think this will not affect them are wrong. Verizon clearly states their policy with the following words:

Can I opt out of email scanning?
No. Verizon scans the digital signatures of all inbound and outbound email messages to reduce the overall volume of spam on our network

“The move by Verizon follows a previous effort by the broadband giant to dictate news on the internet.

In a 2012 legal brief to the U.S. Court of Appeals for the D.C. Circuit Verizon argued [Huffington Post] the Constitution gives the phone company the right to control everyone’s online information.”