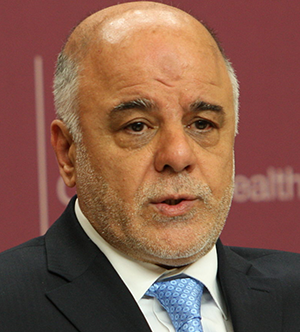 RT. “Iraq has not requested that any country send ground troops into its territory and will regard any such move as a “hostile act, ” the country’s prime minister, Haider Al-Abadi, said in view of a US decision to deploy special forces in the country.”

Iraq “will consider any country sending ground combat forces a hostile act and will deal with it on this basis,” Al-Abadi said in a statement published by the prime minister’s office on Thursday, adding that “the Iraqi government is committed to not allowing the presence of any ground force on the land of Iraq.”

Iraq under Siege by US funded Terrorists