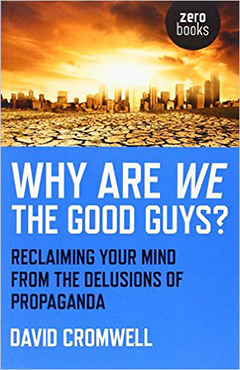 Why Are We the Good Guys? Reclaiming Your Mind from the Delusions of Propaganda

“One of the unspoken assumptions of the Western world is that we are great defenders of human rights, a free press and the benefits of market economics. Mistakes might be made along the way, perhaps even tragic errors of judgement such as the 2003 invasion of Iraq.

But the prevailing view is that the West is essentially a force for good in the wider world. Why Are We The Good Guys? is a provocative challenge of this false ideology.” 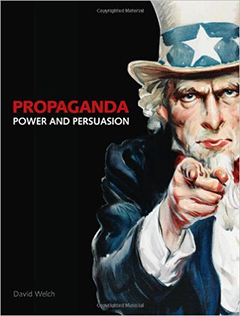 “Propaganda is all around us, used to promote a sense of common cause and belonging, change behaviour or influence ideas, as well as to mislead, deceive, even destroy.”

“Using universal themes of conflict, public education, protest and leadership, this book, which accompanies a major new exhibition at the British Library, takes a close look at the range of propaganda used by different states – and their opponents.”

“…the book’s primary focus is the 20th and 21st centuries, taking a worldwide view.” 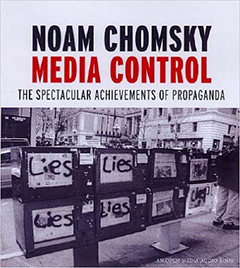 “Chomsky’s classic back-pocket primer on US government propaganda and media bias is the Open Media Pamphlet Series’s best-selling title of all time, with more than 100,000 copies in print. Arguably more important now than ever, this newly expanded edition furthers Chomsky’s analysis with his January 2002 comments regarding media coverage of terrorism and US foreign policy in the post-September 11 world.” 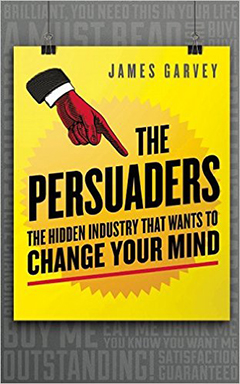 The Persuaders: The hidden industry that wants to change your mind

“Every day, many people will try to change your mind, but they won’t reason with you. Instead, you’ll be nudged, anchored, incentivised and manipulated in barely noticeable ways. It’s a profound shift in the way we interact with one another.

Philosopher James Garvey explores the hidden story of persuasion and the men and women in the business of changing our minds. From the covert PR used to start the first Gulf War to the neuromarketing of products to appeal to our unconscious minds, he reveals the dark arts practised by professional persuaders.” 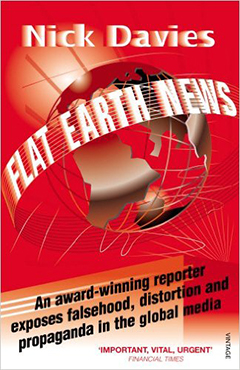 “An award-winning reporter exposes falsehood, distortion and propaganda in the global media.”

“If you read newspapers, you MUST read this book” (John Humphrys)

“A must-read for anyone worried about journalism – which, on this analysis, should be everyone” (Ian Hislop) 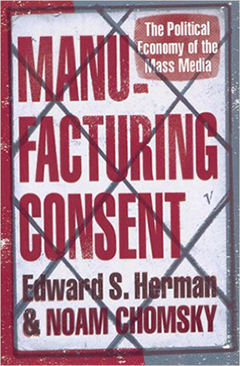 Manufacturing Consent: The Political Economy of the Mass Media

Contrary to the usual image of the press as cantankerous, obstinate, and ubiquitous in its search for truth, Edward Herman and Noam Chomsky depict how an underlying elite consensus largely structures all facets of the news. They skilfully dissect the way in which the marketplace and the economics of publishing significantly shape the news. They reveal how issues are framed and topics chosen, and contrast the double standards underlying accounts of free elections, a free press, and governmental repression…”

“What emerges from this groundbreaking work is an account of just how propagandistic our mass media are, and how we can learn to read them and see their function in a radically new way.” 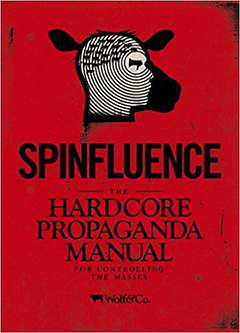 Spinfluence: The Hardcore Propaganda Manual For Controlling The Masses

“Spinfluence will appeal to crooked politicians, media manipulators and corporate big-wigs alike, in fact anyone interested in how to exploit people for profit or power. Covering fun techniques and tactics such as emotional hijacking, brainwashing and hysteria harnessing.”

“Spinfluence is a glorious and insightful read about how to bend the truth and subvert the will of the herd.” 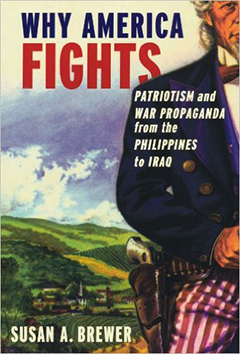 Why America Fights: Patriotism and War Propaganda from the Philippines to Iraq

“In Why America Fights, Brewer offers a fascinating history of how successive presidents have conducted what Donald Rumsfeld calls “perception management,” from McKinley’s war in the Philippines to Operation Iraqi Freedom. Her intriguing account ranges from analyses of wartime messages to descriptions of the actual operations, from the dissemination of patriotic ads and posters to the management of newspaper, radio, and TV media.” 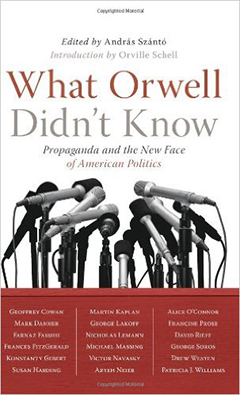 What Orwell Didn’t Know: Propaganda and the New Face of American Politics

“…framed in pithy, focused essays, range far and wide: from the effect of television and computing, to the vast expansion of knowledge about how our brains respond to symbolic messages, to the merger of journalism and entertainment, to lessons learned during and after a half-century of totalitarianism.

Together, they paint a portrait of a political culture in which propaganda and mind control are alive and well (albeit in forms and places that would have surprised Orwell). The pieces in this anthology sound alarm bells about the manipulation and misinformation in today’s politics, and offer guideposts for a journalism attuned to Orwellian tendencies in the 21st century.”