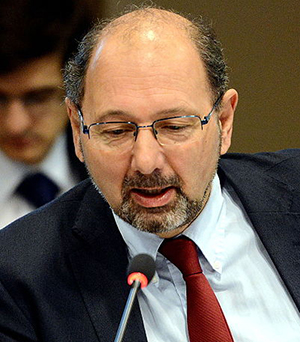 “The peace order in Europe, established at the end of the Cold War in 1989, is unstable”, writes Richard Sakwa a professor of Russian and European politics at the University of Kent. “The arrangements made at that time appear to have generated more conflicts than they were able to resolve.”

“While the European Union claimed at certain points to be a peace project – and internally it has achieved much in that respect – all around the borders of the proposed “ring of friends”, as the then president of the European Commission Romano Prodi put it in 2002, it is an “arc of fire”. In North Africa, states have collapsed and the whole region is challenged once again to find an appropriate balance between security and democracy. The Middle East is the focus of several proxy wars piled upon each other in multiple layers.

Since Russia’s military intervention in Syria at the end of September 2015, one of the most salient conflicts has been the struggle between Russia and the US for the right to decide who would have priority in deciding Syria’s fate. This is just one of the issues over which an armed confrontation could take place. In fact, there are so many potential tripwires that it is impossible to predict which precisely could set off a chain of events that could escalate into outright military confrontation.”

The goal of every imperialistic superpower. To devide and crush other nations until they comply with imperialistic orders. But in the end they all fall. Think about it! All!