Being classified amongst the high indebted poor countries, Cameroon is facing difficulties to take off in the economical domain. Numerous factors justified the pessimistic situation, writes Lilian Neg who is NewsVoice’ Africa-Cameroon new correspondent.

Situated at the heart of Africa, Cameroon is considered as Africa in miniature with many natural resources and wide human resources potentials. Unfortunately, conditions are not favorable for an economic growth despite all the efforts put in place by the government. The economic policy of Cameroon needs some rearrangement to grow.

The year 2015 was not remarkable as concern the state of affairs in Cameroon following the last report made by a group of Cameroonian business men. That explains the lack of dynamics of entrepreneurship in the country and in particular, the lack of power supply. The problem is essentially due to deficit of energy which supposed to be solve by the structural projects put in place few years ago by the government, which is the construction of transmitters in Lompangar and Memvele, two localities situated at the southern and eastern regions of Cameroon.

To develop industries in Cameroon, there must be enough power supply, while the country has just one structure capable to produce and distribute energy and thus monopolize the management which does not encourage spirit of competition. In addition to that, the fight against corruption is one of the causes of poor state of entrepreneurship.

Since the beginning of President Paul Biya mandate, 34 years ago (Nov. 1982), Ministers, Managing Directors of Public companies and some private companies were found guilty and condemned because of embezzlement of public funds and government property. A situation, which gave rise to disorder and poverty.

The population is underprivileged. The most difficult aspects are lack of potable water, poor medical coverage and no access to education in some rural areas in the country.
Since the beginning of the last seven terms reign, President Paul Biya has undergone a heavy battle against social ills which are threatening the country image and economy.

The report of Transparency International, a nongovernmental organization put once more corruption at the fore-head of preoccupations of Cameroonian business men and classifies Cameroon in second position at the continental level and this tarnish the national economy image.

The problem is serious, that is why ten years ago the government decided to create an anticorruption unit b called The National Investigation Financial Agency and CONAC to control and trace this phenomenon which has devastated Cameroonian behaviors.

The tertiary sector related to building and production has been flourishing in 2015 and has upgraded the income to 6 % (percent). In order to improve the result already made, the group of business men emphasize that the State should give priority to Cameroonian companies in order to accompany great infrastructural works and projects in the future.

Beside the above mentioned phenomenon, we equally have the problem link to custom duties which remains crucial to solve because of high taxation on imported goods, and it is the major problem of business men who desire to invest in Cameroon. Transportation of goods and the transit system are another sector which needs to be restructured.

The problem of insecurity is rampant in the northern part of the country, this hinders the economic growth. The health sector, tourism and agriculture are having some shortage. The amelioration of the agricultural infrastructures and production of goods in daily basis can bring a certain positive vision in the state of affairs in Cameroon, looking at the dynamism of it population highly educated in majority.

Cameroon has signed bilateral and multilateral agreements in order to increase the development rate in the mine and agricultural sector, health, commerce and renewed energies.

The president of the most important group of business men declared that the global environment of affairs remains the principal preoccupation of general managers of enterprises. To facilitate the realization of high level projects, Cameroon needs to count on its expatriates whom thanks to their knowledge and experiences can bring new ideas as concern the construction of a powerful economy which can therefore encourage business men to invest in Cameroon. 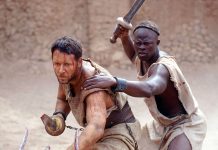