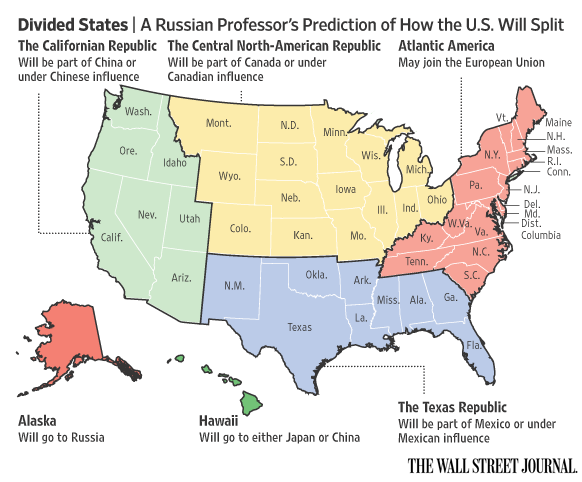 What began as a grass roots movement can become reality. At a Texas Republican Convention in May, state delegates met and had a heated debate over the question of leaving the US, Martin Armstrong writes. 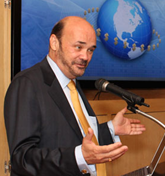 “At the Republican state convention eventually struck a resolution from being added to the party’s platform that endorsed the once wild idea of a referendum for Texans to vote to secede from the United States. Many have been surprised that this once grassroots movement is becoming mainstream.

Our computer model projects that eventually the USA will break into regions as power devolves back to where it was usurped – to state rights. The growing level on tension with federal taxation, Obamacare, and the banks holding the nose around the neck of Washington will combine to force the ultimate breakup of the USA. This is the first time we have seen this rise to a level that is more than just banter on in bars and street corners.”

Martin Arthur Armstrong (born November 1, 1949 in New Jersey) is the former chairman of Princeton Economics International Ltd. He is best known for his economic predictions based on the Economic Confidence Model, which he developed.

Twentytwowords.com: Dividing the United States into 5 regions based on popular opinion 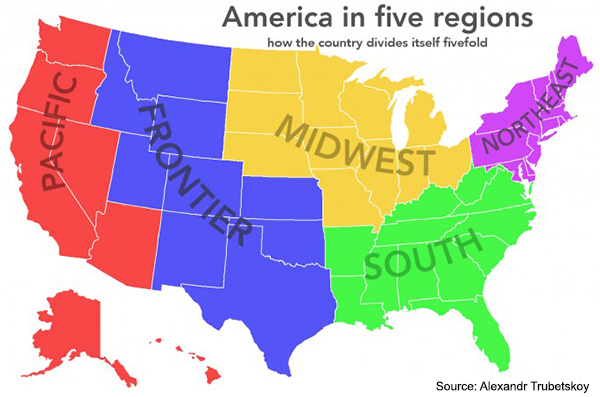 Economist and Crypto Millionaire: Bill Gates and Klaus Schwab Could be Assassinated

Martin Armstrong: The Covid Scam May be a Global Power Grab

This is what will happen if TRUMP wont win the election!