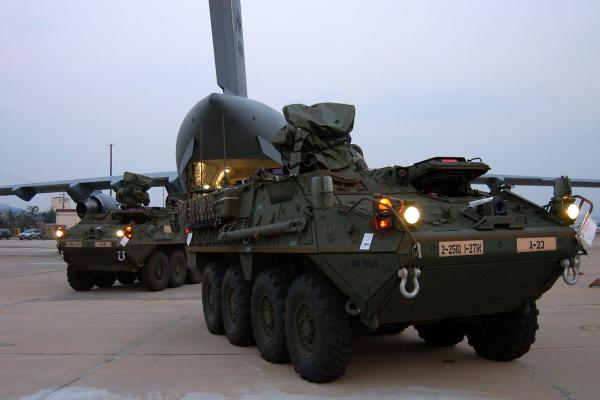 To claim that Sweden can sign the so called Host Nation Support Agreement with NATO, while still sticking to its centenary policy of neutrality and freedom from military alliances, amounts to a level of linguistic acrobatics that – even in the domain of politics – transcends the borderline to the absurd. To me it is simply blatant hypocrisy, and a clumsy attempt to trick the Swedish people into a dependancy on NATO that nobody who understands its true implications would ever accept.

Even if the agreement has never been properly explained to the Swedish people, and is full of cunningly opaque phrases that can conceal or allow almost anything, the following is completely clear:

By signing the agreement, the Swedish Parliament accepts that the USA and other NATO member countries can place military personnel and equipment, including all kinds of weaponry, on Swedish territory, and perform military operations inside Sweden.

This will also mean that certain areas of Sweden can be closed to ”unauthorized” people, which is in violation of existing legislation guaranteeing Swedish citizens freedom of movement within the national boundaries. Though it is true that future military operations in Sweden by foreign nations will require an ”invitation”, such an invitation no longer needs approval by the parliament, but can be issued directly by the Ministry of Defence, or the Military Command.

This in itself is something tremendous, unprecedented. It actually means military occupation by a foreign power. Invited by Swedish authorities themselves. Is this not the very definition of high treason?

OK, I know: This is about collective defense… But wait a moment: Does not a defense pact need an attacker, an enemy to defend against? The real problem here is that Russia has no reason to attack anyone, unless it is attacked first. Regardless of what NATO propaganda may claim. And NATO is NOT a defense pact. It is an aggressive instrument for asserting the US doctrine of “full-spectrum dominance” at any cost, defined by the Pentagon as follows:

”The cumulative effect of dominance in the air, land, maritime, and space domains and information environment, which includes cyberspace, that permits the conduct of joint operations without effective opposition or prohibitive interference.”

In the Swedish parliamentary debate it turned out that it was anything but clear whether, or not, the US would be allowed to place nuclear weapons on Swedish soil. Those who voted for the agreement do not know what the agreement signifies in this crucially important respect.

But even if there were provisions against it, one would be extremely naive to believe that the US in a situation of crisis or war – which the US can create themselves any time they wish – would feel bound by some words in a partially secret agreement.

Not another US proxy war – please

It’s a matter of peace or war in Sweden. It´s a matter of life or death for the Swedish people and nation. A nation that has not been at war for over 200 years.

What would be the most failsafe way to ensure that Sweden becomes the scene of yet another of America´s many proxy wars far from home? Clearly, placing US troops and weapons on Swedish soil in obvious provocation of Russia. Another proxy war relentlessly pushed and promoted with every trick and pretext in the book by the military-industrial complex to maximize their global  power and profits.

Why does not everybody see the raving madness, the stark insanity of present world politics? And protest against it, demanding that it stop? The mind-boggling amount of resources, man hours, energy, time, technology, and stress, that is spent to kill and maim millions of human beings, and to destroy the fruit of centuries of  human labour, causing incalculable losses and immeasurable suffering, can be put to better use.

What about using the trillions of dollars worth of resources the US alone spends, directly and indirectly, on its global power engineering and its military, to instead erase poverty, illness and illiteracy from the face of the planet?

With the same money, in a decade or so, every man, woman and child could enjoy education, food, health, housing, peace and freedom to pursue happiness in a global society of abundance and creative cooperation. There would be plenty for everybody.

It´s as simple as that.

The scarcity card we have been played for so long, is a bluff invented to control us and maximize the profits of the industrial financial system. But the industrial era is already on its way out, and a new social and technical paradigm is taking over. Therefore, the old rules no longer apply.

Dwight D. Eisenhower, America´s 34th President and one of its most prominent military men ever, put it this way:

“Every gun that is made, every warship launched, every rocket fired signifies in the final sense, a theft from those who hunger and are not fed, those who are cold and are not clothed. This world in arms is not spending money alone. It is spending the sweat of its laborers, the genius of its scientists, the hopes of its children. This is not a way of life at all in any true sense.”

By Jens Jerndal, chairman of the Swedish political party Unity

Many people knows what USA has done to the world. I’ve believed for a long time that 9/11 was a falseflag attack and now there is pretty much proof for this. Julian Assange and others havn’t brought the world with a lot of information for the fun of it. It’s time for the world to wake up. There is some people that seem to be absolutly stuck inside of their ego and wants to controll the world. Like the world elite (Rothschild, Rockefeller etc) I know who owns the media and i’ve even seen brainwashing in Sweden. I hope these corrupt people wake up themselves and realize that their plan of the new world order will fail. NATO is like a war machine and most of the people in Sweden is against NATO. There is no democracy in Sweden right now and most of the politicans is just like puppets for this world elite. I’ve wondered for many years how long time it will take for the world to wake up and see this insanity going on in this world. This isn’t any conspiracy theories, it’s the truth and it’s out there, you just need to wake up. These people think they are in need of controll but they are just lost souls. /AA Gabriel

This is certainly a correct analysis, and also consistent with analyses by professor Stephen Cohen in the US. (http://jinge.se/allmant/bortom-kallt-krig-mobilisering-for-krig-mot-ryssland.htm)