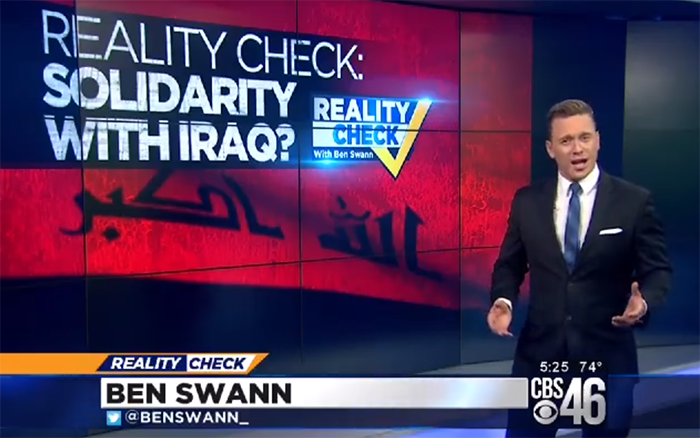 Ben Swann. “The last few days have been especially deadly in terms of terror attacks around the world. But if you’re on social media, you might not even know about them. So here’s the question: why are people not standing today in solidarity with Baghdad?”

Watch the video with Ben Swann

“Have we so dehumanized the suffering of people in places like Iraq that we completely dismiss violence there, even when that violence is ten times what we saw in Brussels?

And in Paris, while there has been one large-scale public attack, the people of Iraq have been living under first war, then terror, for almost 15 consecutive years. Is it because we first brought war to Iraq that a decade and a half later we still don’t stand in solidarity?” / Ben Swann

Iraq under Siege by US funded Terrorists