Leaked top-secret NSA documents reveals that the US administration is involved in major bugging operations against election campaigns as well as the US’ closest allies. James Bamford reports for the Reuters. 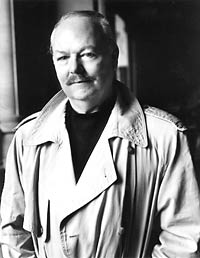 “NSA operations have, for example, recently delved into elections in Mexico,  targeting its last presidential campaign. According to a top-secret PowerPoint presentation leaked by former NSA contract employee Edward Snowden, the operation involved a “surge effort against one of Mexico’s leading presidential candidates, Enrique Peña Nieto, and nine of his close associates.” Peña won that election and is now Mexico’s president.

The NSA identified Peña’s cellphone and those of his associates using advanced software that can filter out specific phones from the swarm around the candidate. These lines were then targeted. The technology, one NSA analyst noted, “might find a needle in a haystack.” The analyst described it as “a repeatable and efficient” process.”

Author James Bamford known for his book “The Shadow Factory: The Ultra-Secret NSA From 9/11 to the Eavesdropping on America” is a columnist for Foreign Policy Magazine.

Will they ever understand why they should not interfere? What will make them understand to keep their hands off other countries democracies?