People often talk about terrorism to describe barbaric acts that some men carry out in the world to defend religious, political or ideological causes. It is an extreme use of violence towards civilians, unarmed innocent people, with the aim of promoting a group or a cause. It’s very difficult to associate terrorism to a particular situation or action, that is why this phenomenon do not have a proper definition and cannot be regarded on one side, and that is also the reason why its actions are uncontrollable and unpredicted, writes Lilian Neg, geopolitical analyst.

Origins, ideology and the worldwide expansion

To understand the worldwide spread of terrorism, it will be necessary to take a look at its origin and ideology. This entire phenomenon stated many years ago when the Othman califa was killed by a dissident small group of rebels which came from ancient Egypt. 1400 years later, this murder led to a misunderstanding between Arabs and Muslims, Shiites and Sunnites.

The hatred went beyond expectations and finally divided the two main religious groups and provoked a general massacre which is still going on in Irak, Syria and Pakistan. In the years 1794, the word terrorism indicated then as “doctrine of terror supporters”, was at the front page. It was used in Europe to qualify attacks committed at Saint Nicaise during the French revolution.

The phenomenon developed in the 20th and 21st centuries accordingly to the new era. Over the years terrorist groups were born to defend their ideologies: kukluxklan to defend the white race in America, salafis, jihadists, talibans, al qaida, daesh, shebab, boko haram, etc.

The motivated elements are avenging hatred, propaganda, provocation and deterrence.

Terrorism is used to manipulate consciences

Terrorist actions are mainly due to manipulate conscience and create an uncertain situation amongst People, States and Governments.

State terrorism is mentioned when the actions are implemented, sponsored or financed, treated or accmmodatingly ignored by a State. Methods used are strictly inhuman (kidnapping, detention and murder) but for State reasons.

The State officials involved, benefit on behalf of their authorities’ necessary approval to exceed their rights and logistic/financial supports for their actions. At times the expression terrorism of State is used to describe attacks openly committed by a State against a particular group. Terrorism of State is practiced by secrets services (intelligence) for political reasons.

In the year 1980, Colombian government resorted on terrorism to fight against members of the FARC group.

In 1930, the Soviet Union and Italy eliminated a majority of their opposition refugees’ leaders abroad.

North Korea proceeded also in the same way during the cold war.

Concerning the organized terrorism, it is mainly referring to Islam; terrorists therefore consider themselves as God’s fighters while leading a holy war.

Since the 90th, the Islamist terrorism took an increasing place on the international scene. They justify their actions as a result of the political situation between Israel and Palestine and the American intervention in Iraq. They are supporting all countries where extremist religious power tries to overthrow a laic government. The use of terror is to chase away all those who are against laws implemented by the terrorist group the Islamic State, Boko haram (with the charia law in northern Nigeria), al Qaida, and daesh.

The economic terrorism is led by transnational and non-governmental entities. It aims at destabilizing the economic and financial stability of a State, a group of State or a company, bringing the economy to a poorer state.

Cyber-terrorism actons are to manipulate computer networks and systems. The listening and recording of phone calls by certain powerful States not neglected.

While the methods are similar, the manifestations are different as concern the different types of terrorism; the terrorism of State do not involved many people, because the reason does not need a certain popularity or the approval of a large number of people.

The economical terrorism concern only the important industries, it can be provoked to spread weapons to a larger market. Two rebel groups can constantly be at war after the signature of peace agreement. This situation was the view in Africa particularly in Sudan where the two rebels groups are committing atrocities amongst population no matter the peace agreement signed. People are killed in numbers in the most barbaric manner, they are hanged or slittered alive.

The organized terrorism proceeds generally by severe attacks, suicide bombings, shootings or gunfires. Its actions aim especially at innocent people in order to destroy, kill, mutilate and rape. Its actions also aims at promoting ideological, political and religious messages. Its most appreciated instrument is media propaganda or advertising atrocities committed on special events which occurred (hundred of deaths registered in a bomb blaze in Bombay November 2008 for example).

There are numerous causes of terrorism such as poverty, marginalization and illiteracy, Millions of people die of hunger in the world and people are blaming the economical situation, the gap between the poor and the rich nations and therefore great frustration is created.

Many people don’t have hope anymore and are ready to battle against the developed nations and it is due to their illiteracy. They have been manipulated in the name of God and revenge against civilization is their motto. That is why the majority of terrorist actions are aimed at the developed countries such as France, Great Britain, United States of America, Germany, Belgium etc.

Although there are many types of terrorism, it is noted that people are fighting for economical reasons; terrorists in Africa or in Middle East are claiming religious fight whereas the battle on the field is purely economic, (Boko haram, daesh, Al-Qaida). The cyber-terrorism and terrorism of State are made for influence; the powerful States are under these types of terrorism to maintain their domination over Nations or a determine group.

Except victims of illegal immigration who die at sea because they are running away from terrorist acts, and war or those who succeeded to escape as refugees and are facing hunger, people are dying every day all over the world because of terrorists.

Many attacks have been documented: The Lockerbie (Scotland) attack on December 21st in 1988 killed 270 persons, the attacks against the 772 UTA flight Brazzaville and in Paris September 19th  in 1989 (170 deaths). There were a series of attacks committed in France between July and October 1995, 8 people killed and 200 wounded, the double and simultaneous attacks in the American embassy in Kenya and Tanzania in 1998, the popular attacks against the world Trade Center September 11th , 2001, the attacks against the synagogue of Djerba in Tunisia 2002, the attacks of Bali (Indonesia) October 2002, the Casablanca (Morocco) attacks May 16, 2003, the attacks committed in Iraq since the collapse of Saddam Hussein regime, the Madrid (Spain) attacks March 11th, 2004, the London attacks July 7th, 2005, the car bombing attacks against Benazir Bhutto in Pakistan the 18th of October 2007, the Bombay attacks 2008 (173 deaths recorded). The Ottawa (Canada) and Sydney (Australia) gun shootings in 2014, the Paris (France) attacks on January 07th 2015, the museum of Bardo (Tunisia) attacks march 18th 2015 with 23 deaths recorded, the Paris attacks on November 2015 (130 deaths), the double attacks in Brussels (Belgium) march 22nd 2016, the series of attacks engaged in Syria and Iraq by the Islamic State.

Recently Africa has been a stomping ground for terrorist groups; Al Qaida is conducting its actions in Mali, Algeria, Tunisia and Libya. Boko haram terrorists are committing atrocities in Cameroon, Nigeria, Chad, and Niger, while shebab terrorists are present in Somalia and Kenya. 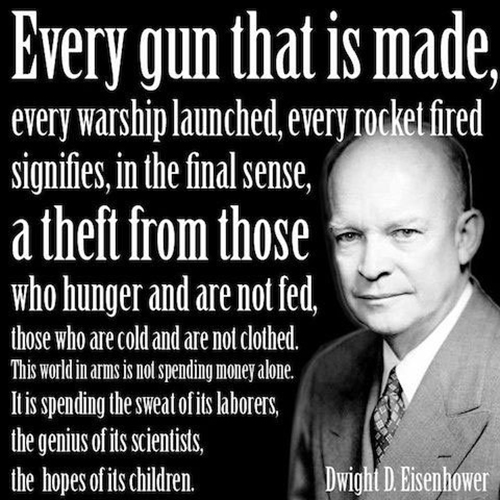 Although terrorists can proceed by other means to reach their goals it has been proved that generally, they use a lot of weapons to implement their actions. The industries of weaponry is a real preoccupation. How can the world fight against terrorism without searching for a proper solution concerning the arms industries and their revenues and transaction?

In Africa the terrorist groups use a lot of weapons to propagate their messages, whereas it is clearly said that Africa cannot manufacture weapons.

The Declaration of Human Rights has always seeked as solution for the eradication of terrorism, in order to gain tolerance between individuals and to limit the propagation of multiform of terrorism.

Extremism and radicalism which are a combination between religion and passion must be banned.

The Islamic State is fighting for the recognition of an Islamic State in the region. They have been conducted their actions in Iraq and Syria while killing thousands of Muslims civilians in the name of God. It is unfortunate because their actions are finally against the religion and the most beneficiaries of the war are the weapon industries.

Boko haram which is based in Nigeria is combating the civilians’ population in the northern part of Cameroon and Nigeria and some neighboring countries constituted in majority of Muslims in the name of God, defending the religion and claiming to be against the western civilization. Therefore, to fight against terrorism, an immediate action needs to be taken concerning weapons transaction in the world.

By Lilian Neg, Cameroonian correspondent for NewsVoice | More from the same author

i will read but first.

i miss my wife in Tanzania.and waiting for positive from migr dep

This article provides the so called blowback theory of terrorism. In it there is no room for conspiring angloamerican subversive organizations actually in every way enabling the terrorists . And the latter is unfortunately much closer to the truth than is the blowback theory. The French Revolution is brought up in the article. It was actually directed from Britain and there was no genuine local cause. There was no tyranny, nor any lack of food but the British helpers in France agreed to hoard grain so people could be more easily made to riot.
Those behind the terror were under British direction and the purpose was to substitute traditional power with liberal monopoly capitalists to the liking of the British elite plotters. Just like the globalists aim to do now.
If the Cia and other western subversive organizations stayed away from Africa there would be no Boko Haram terrorism. And if it hadnt been for Britains deliberate actions to fight secular progressive regimes in the arab world etc, and bolster and encourage backward fanatical islamism there wouldnt be anything like those terrorists today. Britain has for now centuries been the major cause for conflicts, misery and underdevelopment in the world. Deliberately caused by them. And for a century the US has continued their destructive agenda although in a less sophisticated manner so the US is more clearly seen for what it is: A rogue nation.