“Sting and his band rock out in the studio – and he even climbs onto a roof – in the video for his new song “I Can’t Stop Thinking About You, ” a tune off his upcoming solo LP 57th & 9th. Jeff Coffman, who has previously helmed clips by Robert Francis and Jason Mraz, directed the clip. The new record is the former Police frontman’s first pure rock album in over a decade, following the jazz-inflected musical-theater work The Last Ship and a number of classical works. It will come out on November 11th.” – Sting.com

Brand New Day: Stand up all You Lovers in the World…

Dear Sting.com Member: The wait is over. 57th & 9th, Sting’s first rock/pop album in over a decade, is available now. 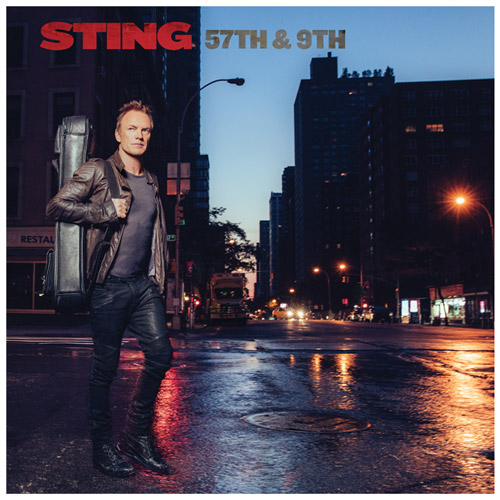