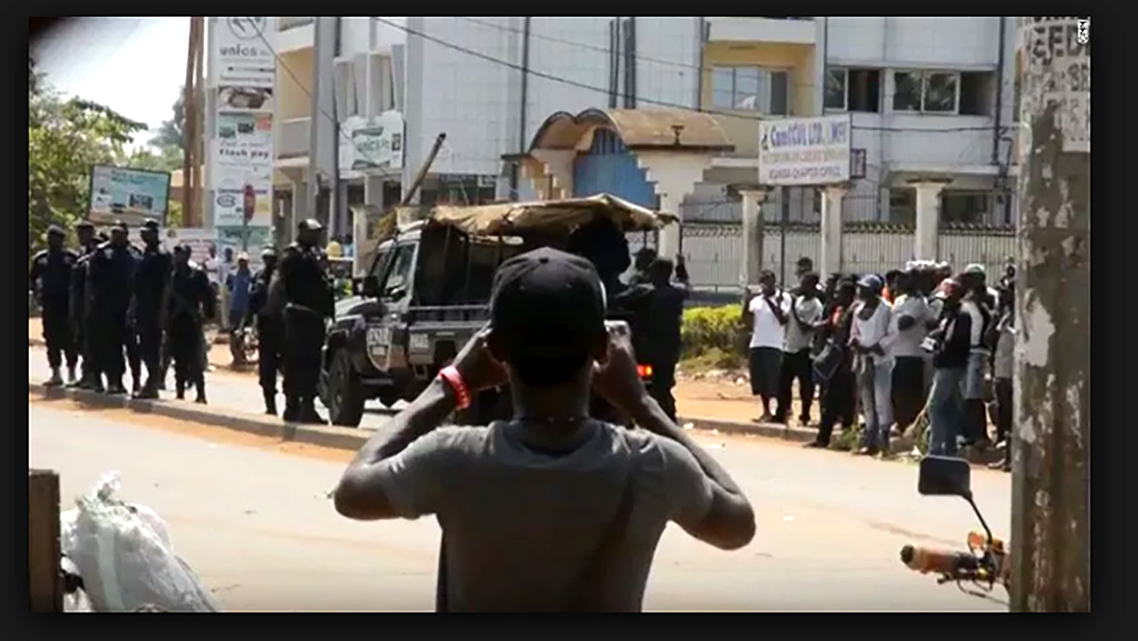 CAMEROON ELECTIONS 2018. In absence of any form of dialogue since the beginning of the English-speaking crisis in Cameroon, the situation on the ground becomes more and more uncontrollable. The Cameroonian government is unable to prevent attacks and other assaults by the separatist movements in order to stop the presidential election in both regions on the 7:th of October 2018.

At the beginning of the crisis, it was a strike action organized by the English-speaking teachers and lawyers who were demanding a minimum of respect for their noble profession, a situation which was afterward transformed into community demand involving the civil society.

The English-speaking population who is estimated at 8 million inhabitants protests against the marginalization of the Yaounde regime and asks for the return of a federal system. After the refusal of the Government to open a door for a franc dialogue, the separatist movements took advantage of the Government silence to mark their presence and gain the heart of those who previously were against any separation; a good number of young people joined the cause.

They are young people of less than 40 years old, women and even children younger than 15 years which unanimously decided to join armed gangs in the various localities of the Northwest and Southwest of Cameroon to fight against those whom they call the oppressors and colonizers.

They say they want to release their people from the terror of the Yaounde regime, that has been in control for more than 56 years. The people is mistreated and considered to be second class citizens. They are against the organization of any election in their territory constituted by 13 localities that they renamed after Ambazonia.

This toughening has paralyzed both regions turning villages into ghost towns. For practically two years it is difficult to live or even survive in these regions. There has been repeated kidnappings of political and religious authorities, hostage taking for ransoms, murders, slaughters of civilians, separatists, and servicemen and acts of vandalism.

Quite recently when I went to Bamenda for a family visit, I saw the alarming situation as I approached Akum (Santa), a small village situated at the entrance of the city of Bamenda. By means of caterpillars, the separatists managed to destroy the road to prevent vehicles from coming and going, causing a situation of panic. Certain buses were set on fire. The travelers were obliged to come down from the bus to make several kilometers on foot to reach Bamenda or the western region. Some made more than 6 hours on road together with children and infants, while defying cold weather which reigns at the moment.

The population has decided in the thousands to avoid atrocities and becoming victims. That is the reason why authorities of both regions went to the travel stations to discourage populations from moving out of the town, because the Government will take all measures to claim the safety of the people and their properties, talking which convince only a few. In reality this population is taken hostage between armed gangs and elements of the defense forces which regularly commit murderous actions towards their own people.

Victims are already counted in the hundreds, according to the last estimations of the Human Rights organizations. About 400 people have so far lost their lives. Thousands took refuge in Nigeria and in French-speaking regions close to the cities.

In absence of the declared Ambazonian president Sissiku Ayuk Tabe, who is detained in a Yaounde prison, leaders of the separatist movements based in the USA and in Europe decided according to a press release that no presidential election should be held in both English-speaking regions.

The government on its own part through his Prime Minister Philemon YANG, and former Prime Minister Peter Mafany Musonge repeated the commitment of the State to take all the measures to allow the good conduct of elections in both regions. An appeal launched by the Minister of the territorial Administration.

This situation of instability and insecurity urged the women of both regions to organize a meeting to denounce atrocities and call deeply on the way back to calm, they rebel against the fact that for practically two years children are not successfully going to school in certain localities. The businesses are regularly closed and the rustic activities are practically non-existent. They did not miss to disseminate photos of the missing persons, people who were extracted from life because of this senseless war.

The religious dignitaries, decided as a means to bring back peace to convene an English-speaking conference with the aim of gathering warring parties. An idea welcomed in a mitigated way by the authorities of the State which uttered reserves concerning the impact. This conference was finally postponed to November 2018 after the presidential elections.

Hope has disappeared and has instead been transformed into a situation of prolonged insecurity. Times look more difficult as leaders of the separatist movement are disunited. In the current state, uncertainty reigns, the countdown began since the beginning of the electoral campaign.