Africa also used for experimentation on vaccines against Covid-19

AFRICA CORONA CRISIS. Africa is also, like Europe, used for experimentation on vaccines against Covid 19. Cameroon has received Sinopharm and in the days ahead we will have vaccines from AstraZeneca, Johnson & Johnson, and Pfeizer. People are disturbed since they realized covid vaccines have not rendered a positive impact on Europe. Africans are now intimidated and afraid to become future vaccine victims.

Since the corona virus appeared in 2019, the world is on fire. The death rates are increasing on a daily basis due to negligence and unconsciousness by governmental authorities accross the world. But Africa has another story to tell about Covid 19, so what’s the particularity of Africa in the fight against Covid 19?

In the beginning of the pandemic the WHO (The World Health Organization) announced a catastrophic situation looming in Africa in the future ahead, on the other hand the pharmaceutical companies indicated that Africans could be spared because of their much favorable climate and ecosystem. But in reality the fight against Covid 19 in Africa rests on other specific aspects.

The behavior in Africa since the outbreak of Covid 19

Despite the state of health emergency, the vast majority of Africans do not see the necessity to adopt the protocol established by the WHO to eradicate the pandemic. In some countries like Congo, Cameroon and Central Africa Republic the wearing of a mask is not systematic nor compulsory.

The reopening of airports is a fact and the confinement of populations is not on the agenda. The refusal of the wearing of face masks is not reprimanded, nor sanctioned insetad Africans prefer to adopt measures which they consider more effective to combat the spread such as the consumption of natural products.

In most cases when the first symptoms appear, most patients resort to antimalarials drugs, which they combine with concoctions of medicinal plants. That is the reason why hospitals are not solicited much. Some Africans even think that it is an acute fever that attacks the lungs and prevents proper breathing. In most cases after consumption of antimalarials drugs and natural products the patient feels relieved.

Some African nations (Madagascar, Cameroon and Democratic Republic of Congo) have succeeded to bring in frontline remedies capable to fight against cCovid 19 although this is still in an experimental phase.

Generally, when an elderly person falls ill, he por she immediately resorts to traditional medicine fearing that at the hospital the sympthoms will be diagnosed as Covid 19. This has caused a lot of consequences because until now no laboratory has succeeded to discover a proper new drug to fight against Covid 19 in accordance with the standard of the World Health Organization but researchers across the world have instead focused on developing vaccines.

Since the introduction of vaccines against Covid 19, Africa has become a field of implementation and experimentation for the benefit of various European and American pharmaceutical laboratories. These industries are scrambling to conquer the huge African market.

According to these laboratories it would be preferable to carry out experience on subjects more resistant to the virus because given the evolution of the pandemic, Africa is the continent least affected by the spread, therefore any vaccine will automatically have least effects.

In Benin the Government has authorized since the March 29th 2021 the introduction of 144,000 thousand Covax to fight the corona virus. In South Africa the vaccine used since the start of the campaign is Astra Zeneca discovered by the Swedish and British laboratories and ordered from the American laboratory Johnson and Johnson. This vaccine is supplemented by the Pfizer vaccine, unfortunately suspended because some people said its inability to fight against the English and South African dominants of the virus.

The governments of Cameroon and Nigeria are afraid to use the Astra Zeneca vaccine, which was largely commanded, due to the poor effects on patients which was the case in Europe. The Cameroonian Ministry of Public Health is working toward cancellation of the vaccines. In Ethiopia the Government has accepted to open the door to vaccines against Covid19 regardless to the consequences seen in the field, in Europe.

The secret behind the vaccination campaign against Covid 19 in Africa is not the vaccines but the patients´ immune systems before any injection. When the body is resistant, the vaccine produces less side effects regardless of the vaccine used, but when the immune system is weak the negative reaction is immediately felt. This is the reason why, in order not to run serious risks, the laboratories think that it would be logical to vaccinate subjects more resistant to the virus. As a result, the Astra Zeneca vaccine, which is causing great concern for the European population, may behave better in Africa because traditional medicine, which is much present, has proven its effectiveness and therefore combined with any vaccine may produce a more convincing result.

The war between pharmaceutical companies is more present than ever. The goal is not to fight effectively against Covid 19 because Africa is the least affected continent but to position themselves as the best laboratories. The African vaccine market would appear to be very fruitful and increasingly in demand, and in order to gain a better foothold in Africa, the laboratories are condemning each other. False statements are propagated across the world that people are getting vaccinated in Africa and millions but African is yet to be vaccinated in high numbers and therefore the deaths rates are actually very low.

Neverthelss, Africans governments may need to seek for a common vaccine to be administrated to fight Covid 19.

“The Science Delusion” a Banned TED Talk by Rupert Sheldrake

Dr. Robert Malone: Engaging the Military into the Global Vaccination Agenda has been a...

Kristoffer Hell - 27 januari 2023 kl 06:01 0
Deep Undercover: My Secret Life and Tangled Allegiances as a KGB Spy in America is the autobiography of "Jack Barsky," an East German star... 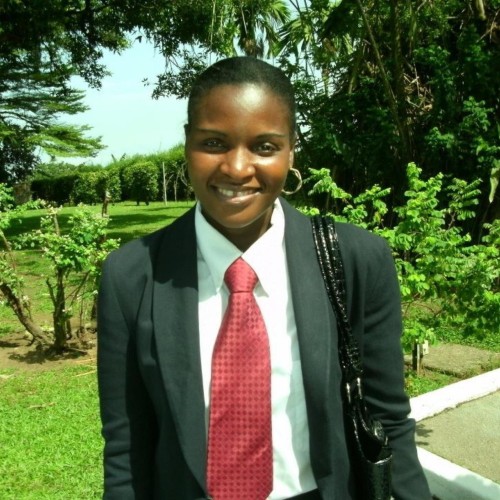 Lilian Neg
Lilian Neg (1979-) is a Cameroonian citizen specialized in geopolitical issues and African politics. She authored: "L'Irak dans le rétroviseur, une autopsie de l'effondrement du régime de Saddam Hussein". She has a Master Degree in International Law and has written for Le Démocrate (chief desk editor) about politics. Lilian has worked with communications and translation and she is since 2009 a Public relations officer of the Cameroonian Footballers' National Union. Read more about Lilian Neg on Vetapedia.

Aren´t there any discussions that objects the whole narrative about this alleged pandemic in your country , or the rest of Africa for that matter ?

I used to live in Ethiopia for a year and a half with my family and since we didn´t want to vaccinate our children I used to have many discussions , not just with doctors but also with the relatives of my childrens mother. All in all there was just one person that kind of sided my opinions regarding vaccinations.

I recall being a bit overwhelmed about the fact that people were so unaware of the side effects caused by vax , or “vaccidents” as I prefer to call it.

My point is now that there are so many protests occuring worldwide to end this tyranny , this ought to be spread in Africa as well.

To my knowledge the resistance against the covid restrictions tyranny is much greater in Africa than in Europe but there is a difference: in Africa the authorities are not chasing after people as in Europe (especially as in some European countries).

All t african peoples are so used to the “nice” people, NGO:s and the companies from other countries that keep coming with false claims, false hopes, false projects, false cooperations and false medicines etcetera. A covid vaccine is just another assault.

Exactly. We won’t get fooled again..