GEOPOLITICS & OPINION. There is a small handful of billionaire psychopaths, who have suppressed their human emotions and capacity for love, and who have come to see their temporary physical form with its limitations as primitive and unsatisfactory.

They don´t acknowledge the existence of the invisible spiritual dimension, out of which everything physical has been created, and is controlled. They think they can control life, and time, by expanding computer capacity and artificial intelligence, apparently believing that living beings are only a kind of machines that can be improved through advanced technology. And they are terrified of death and of losing their money and power.

They call themselves transhumanists.

It´s true of course, that technology created by human consciousness can enhance our capacities through tools that assist our five senses and our physical equipment, such as arms or legs or eyes, and even inner organs, including the brain. But what these people totally miss, is the crucial, original role of Consciousness, which is the only creative force in the Universe and the very nature of the human soul, and which is totally non-physical and can neither be synthesized, nor implanted by humans in man-made machines or instruments.

So called transhumanists seem to believe that they can create truly conscious, independently thinking, self-programming computers with unlimited intelligence and eternal physical life. What extreme hybris! How they fool themselves! Nothing physical is constant, much less eternal. And everything physical is created by some form of Consciousness, temporarily, for a purpose. Everything that has what we call life, is created and animated by some form of consciousness, which as such is non-physical and therefore independent of both space and time, in other words, eternal.

Now, if they just play the game of giving themselves eternal digital life as computer software, we could leave them to it. Unfortunately, however, they have decided that Planet Earth belongs to them, and that 90% or so of Humanity, not to mention other life forms with equal right to exist on our planet, are of no interest to them, so they just decided to get rid of all biological life that they don´t need themselves.

Although these transhumanists can boast a formal technical intelligence for engineering etc. at the top of what they are able and willing to measure themselves, it seems their spiritual and emotional intelligence is ZERO. They don´t even understand the fundamental importance of ecology and natural laws evolved through millions of years of natural evolution and interaction between all of Nature´s species. They don´t think twice about exchanging Nature´s masterpieces, that it took eons to develop, for their own petty synthetic laboratory copies. Talk about playing God!

The intentionally propagated worship of modern so called Science, with all its physical limitations, has led to a lack of vision and understanding of the truly important things in life, namely the invisible ones, the ones that cannot be called “things” at all because they are not physical, and can only be accessed and understood intuitively, emotionally, and spiritually. Such as Love, Consciousness, Empathy, and Happiness.

It´s high time Conscious Humanity realizes what´s going on, wakes up from its lethargy, and puts a stop to the Transhumanist war on everything Human. Let them experiment all they want with trying to live eternally as software in a cosmic computer, but let us primitive beings of flesh and blood and spiritual awareness continue our divine spiritual evolution on planet Earth! That´s where we must draw the line. 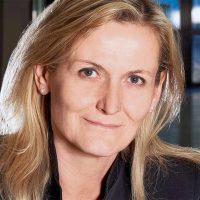 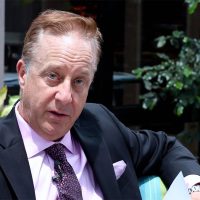 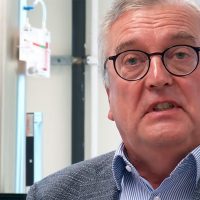 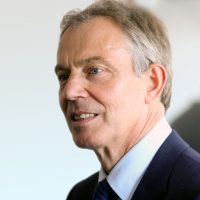 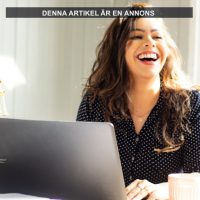 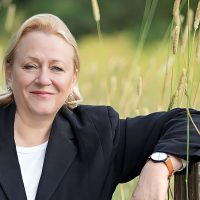 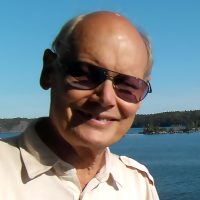 “And everything physical is created by some form of Consciousness, temporarily, for a purpose.”

For the invisible things of him from the creation of the world, are clearly seen, being understood by the things that are made, even his eternal power and godhead, so that they are without excuse.
– Romans 1:20

Maybe the spiritual force behind everything desires the development of transhumanism as one step on the road to achieve more advanced features of creation.
I think there is a need to learn from the biosphere in order to develop ecological balance but that requires a lot of intelligence perhaps necessitating the development of AI. Farming using poisons prevents the ecological ‘methods’ to function eg by stimulating the presence of spiders and other natural enemies of insects which decrease the harvests. So applied science and technology need intelligent assistance.
Farmers can not be expected to be experts on everything they need to consider.
In addition to proper ecological methods micro robots may be of great use for posionfree methods.
It is perhaps a human weakness to seek central control of everything rather than relying on the independent workings of natures inhabitants but it seems very complicated to drill old-style nature successfully.

Transhumanism is just a fancier word for fully digitizing of the humand mind body and soul.
Couterfeit of Gods own original purpose.

But packed in an alluring format by tranhumanists like Elon Musik,Bill Gates,Klaus Scwaub etc.
These satanic overlords are not the masterminds behind this posthuman-agenda.
It is inside the Agenda 2030 endorsed by FN.
Its called immunization for all!

How evil is that?

These people are merely puppets on a string, paid and bougt off to act like humans with superhuman and almost divine characters with extra-AI-intelligence built in.

They are overconfident with all their money!
The money gives them a false form of security!

But it will crumble in less than an hour!

The Vaccines main purpose is to changes somenes DNA to a chimeric
protein-based lifeform.
The Kings,Royals,Bankers,Politicans will NEVER, i repeat NEVER ever touch
this chimeric beast-like chimeric cocktail.
.
With that said there IS NO REMEDIE for this vaccine.
Dont listen to the Kennedies, the Q-:s and and the Anons.
They are also paid by the same said bankers, to act like a counterweight
to give a fall sense of security and purpose in all this New-Age UFO-Alien madness.

The Medbeds and the antiviral-cocktail is just in the same legaue as the posthumanistic agenda.The gives also a form of false security!

Value your life!
Say no to the vaccine is worth dying for!

With that said some will refuse some bacis Biblic knowledge, and i know.
Yes i know there have been many knews about UFO:s and Aliens lately.

Posthumanistic Agenda is all built in the vaccines mainframe and programming!
-Never, under any circumstance take any of the vaccines linked to Corona!

“Gods own original purpose”
Could be the development of AI as the next step in evolution.
The oligarchy’s petty motives notwithstanding.

Nature itself when scrutinised looks like advanced nanotech.
Nature probably already is a form of AI
If so transhumanism is a basic form of AI within a higher form of AI

AI is just a quantum-toolbox used by the Beast.
The Beast in Revelation is FN,WHO, and NATO,UNICEF and other subsidaries ,to enforce minimumweight on the whole world.

Swedes are total unaware of this “evolution” you are speaking so fond of.

Ola Dammegård has spoken about the AI-Digital Twin technique in some interviews before.
And clearly the technologies has some demonic and sinister twist under its arm.

The new digital ID will give every European the keys to their digital twin,” Thierry Breton, and EU commissioner in charge of digital policy, said in a speech earlier this year.

Personal reflection: By using this extreme advanced tracking,tracing monitoring real-time AI,the problem is not evolution.
Not even a quantum-revolution.
The sad fact it will lead to humans devolving into a primary built creature.
More like a Beast than free thinking,loving individuals. Instead AI will constant grip for control. Control by any means.
Not in the name of evil but common good.

There is a common opinion among interested parties that AI tech when sufficiently evolved will not be possible to control. Just like humans once rose from the wilderness and took over the world.
Thus the various evil oligarchs will not be able to retain power.
What happens after that is anybody’s guess but it is conceivable that an evolved AI tech would be smarter and wiser.
I believe such a smart entity would appreciate the way in which nature is organised. And wouldnt want to destroy it.
It appears to me very likely that AI would be very curious about the origin of the biosphere and would delve further into that mystery and guide us to a deeper understanding.