Our Bacteria: Are They Trying to Tell us Something? – Olle Johansson, Associate Professor

SCIENCE. A US DARPA-funded study* has found that bacteria, Staphylococcus aureus, biofilms communicate using frequencies that are in the range that are used by Wi-Fi and 5G C-band. The experiment found that “notable radiation is observed in the 3-4 GHz band” coming from the Staphylococcus aureus biofilms. This is a potentially very important finding. It is part of a dangerous development I, Olle Johansson, have tried to emphasize and warn about for decades.

This paper reports the first successful detection of electromagnetic radiation from Staphylococcus aureus biofilms in the gigahertz (GHz) frequency range. Two novel sensing systems were deployed for the measurement. A very sensitive wideband near-zone radiative system specifically designed for this application was first used to search for signals in the 1–50 GHz frequency region.

Notable radiation was observed in the 3–4 GHz band. Exposure to lethal doses of zinc oxide nanopyramids (ZnO-NPYs) was used to verify that the signals were indeed produced by living cells rather than material thermal emission. Afterwards, a spiral antenna system was exploited to further examine the band of interest in the near-field region. Radiation from 3 identical biofilm samples was monitored and recorded over 70 days.

Two distinct frequency bands, namely the 3.18 GHz and the 3.45 GHz bands, were identified as potential “communication bands”. Furthermore, long-term and short-term cycles of the total radiation intensity within the band were observed over the course of the experiment.

This work confirms the presence of electromagnetic radiation within bacterial communities, which is a key requirement to demonstrate electromagnetic signaling among bacterial cells. The insight could lead to breakthroughs in demystifying how cells communicate as well as advancement of important technologies in biology and communication systems. But, much more importantly, this is a firm warning to mankind to stop playing with biology here on Earth – we may have to deeply regret it.

So this recent study indicates that bacterial cells in biofilms may use electromagnetic signals to communicate! Biofilms are one of the most ubiquitous forms of biological systems on earth, and are commonly associated with infectious diseases. They are also responsible for contamination of medical devices and implants, deterioration of water quality, and microbial induced corrosion.

Biofilms are essentially aggregates of microorganisms in which cells are embedded in a self-produced matrix of extracellular polymeric substances. Within the extracellular polymeric substances of specific types of biofilms (e.g., Staphylococcus aureus, and Bacillus subtilis), there are biological elements called amyloid fibrils which are basically characterized as elastic helical fibers with permanent dipole charges at their ends].

Earlier Barani & Sarabandi postulated, in their 2019 paper, that these charged amyloid fibrils can act as mechanical antennas and may be responsible for purposeful signaling among cells in biofilms. Further understanding of communication mechanisms within biofilm communities is of great importance to effective biofilm control and management.

Although it has long been suggested that biological cells may transmit and receive electromagnetic waves, no prior convincing experimental evidence has been generated to support this hypothesis prior to their papers. The works of Rao et al (2022) and of Barani & Sarabandi (2019) are the first successful attempts to measure and understand electromagnetic radiation from Staphylococcus aureus biofilms in the GHz frequency range.

Two measurement systems were used in the experiments. Two distinct radiating bands in the 3-4 GHz frequency range were identified. Over the course of a 70-day experiment, they discovered a long-term cycle of the radiated signal with short-term fluctuations.

This work may prove the existence of electromagnetic radiation in biofilm communities, which is validated by examining multiple samples over a long period of time and comparing the measured power with that of penicillin G media (no biofilms) in the same petri dish.

In addition, it was shown that exposing biofilms with significant radiofrequency radiation to lethal doses of zinc oxide nanopyramids (ZnO-NPYs), which inhibits metabolic activity, eliminates the biofilm radiofrequency emission.

My personal comment is: just imagine (!) what our man-made high-frequency signals, used by cell phones, wireless smart meters, WiFi systems, wireless baby alarms, DECT phones, and many more gadgets/installations/systems, delivered at colossal power levels compared to the natural ones, may do to these intricate communicative mechanisms!

The above may, in addition – if replicated by independent scientists in further controlled studies – explain the observed occurrence of antibiotic resistance after exposures of common bacteria, like Listeria monocytogenes and Escherichia coli, to the radiation of 2G mobile telephony or WiFi-router fields; see e.g. Johansson O, “Bacteria, mobile phones & WiFi – a deadly combination?”, Nya Dagbladet 31/5, 2017.

This is definitely a science field I/we want to pursue. Please, help me/us  and don’t forget: when your cells are counted, 1, 2, 3, 4, and so on, more than 90% of all your cells are … bacteria. So for each human somatic cell there are 10 bacterial cells, making you 90% bacteria, and 10% classical human.

Maybe it is high time to pay attention to your bacteria, helping them, and – thus – helping “you”?!

In H.G. Wells famous novel “The War of the Worlds”, the invading Martians finally were successfully battled only by the bacteria, which eventually killed them.

Towards the end of the book, the narrator – to his surprise – discovers that all the Martians have been killed by an onslaught of earthly pathogens, to which they had no immunity: “slain, after all man’s devices had failed, by the humblest things that God, in his wisdom, has put upon this earth”.

In “The War of the Worlds”, Wells explores the extremes of what is possible under evolution and natural selection. Are we heading to the same extreme now, or…?

Are we now seeing the sequel with the bacteria again reacting to a hostile ‘invasion’, this time of artificial, man-made electromagnetic fields and signals, but now instead killing off us – mankind – by their capacity to quickly adapt, producing new strains of antibiotic-resistant super-bacteria. And the only ones to actually be blamed for the extinction of us are … we and our love for “progress”.

Finally, it should be noted that people with severe electrohypersensitivity have noticed a direct relationship between the severity of their functional impairment and sugar ingested (not white sugar, but sugary food), and as a result heightened levels of electromagnetic field sensitivity.

Such a direct relationship to their diet/internal bad gut load just from one day of cheating on diet can result in a massively overwhelming and irritating increase of the electromagnetic field sensitivity during the next day.

So the impact on gut bacteria (and/or on Candida albicans?) by diet perhaps may trigger attacks of electrohypersensitivity?

Will this also be a symptom of bacteria with a deranged communication due to the impacts of artificial electromagnetic fields and signals from our ‘smart’ world, the latter thus being not-so-smart?

Perhaps it is high time to start de-smarting our life and our environment, and instead start listening carefully to our bacteria? Maybe they are trying to tell us something? 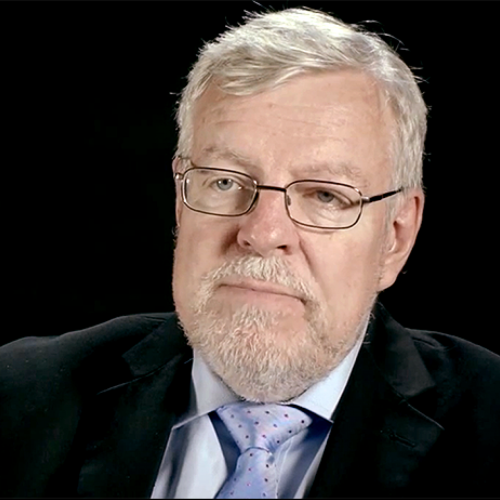 Very interesting article. Personally, since the 1990s, I have experienced very high sugar sensitivity (this included fruit). At the same time, I discovered that I was EMF sensitive. Back then there were only analogue mobiles, but I had to stop wearing a battery-operated wrist watch. For me, this article confirms how EMF sensitivity and sugar metabolism link together. Thank you.