NORWAY. On Saturday, July 2, 2022, the Norwegian anti-Muslim network SIAN (Stop the Islamization of Norway) set fire to the Korans in several places in Oslo. Islamists then forced the SIAN leader and four other people off the road. The car overturned and landed on the roof.

When SIAN (Stop the Islamization of Norway) burned Korans in the Norwegian capital Oslo, Muslims flocked to the sites. A female Islamist chased the anti-Silamists after the burning and tried to cause a car crash on the highway.

A video from the incident clearly shows that the woman’s car drives into SIAN leader Lars Thorsen’s car. The car then loses control, drives off the road into the roadside, rolls around and ends up on the roof.

The woman who owns and drove the car that caused the crash was arrested by the police. The Norwegian newspaper VG reported that the police believe that the arrested woman drove at the leader of the group, Lars Thorsen, “on purpose”. 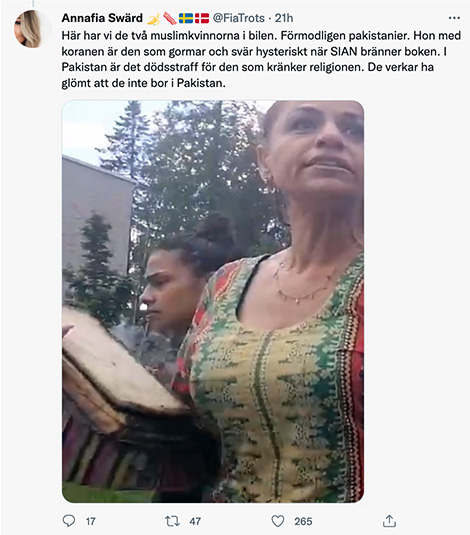 Interview with James Thorp: “What is Pfizer and Moderna hiding from us?” – Aga Wilson Show